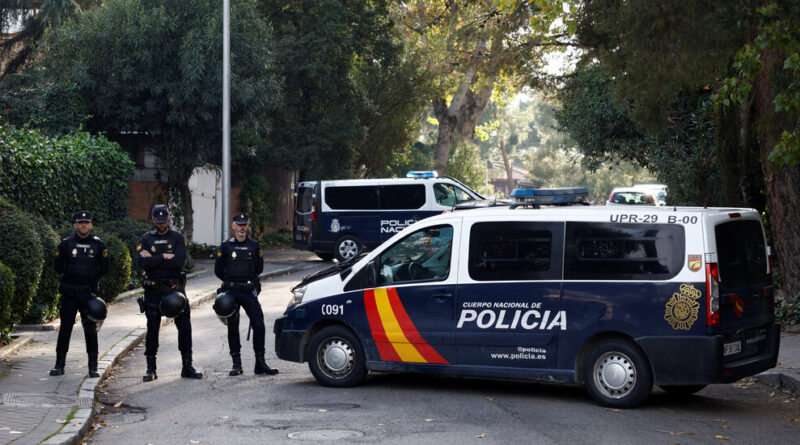 A 74-year-old man was arrested by the police in Spain on Wednesday on suspicion of carrying out a recent letter bomb campaign that targeted the prime minister and defense minister, as well as foreign diplomats in the country, the Interior Ministry said.

The arrest of the man, a Spanish citizen, comes days after American and European officials said they believed that Russian military intelligence officers had directed associates of a white supremacist militant group based in Russia to carry out the attacks.

No formal charges have been filed, but a search of the man’s address was underway, according to the Interior Ministry. A spokesman for the ministry said that, according to the Spanish police, the man had no links to far-right groups or to the Russian government.

Spanish and foreign investigators have been looking into the origin of six letter bombs sent in late November and early December to sites mostly in Madrid, including Prime Minister Pedro Sánchez’s official residence, which also serves as his office; the American and Ukrainian embassies; and the Defense Ministry.

One of the letter bombs was also sent to Instalaza, a weapons manufacturer in Zaragoza, northeastern Spain. Instalaza makes grenade launchers provided to Ukraine by the Spanish government.

No one was killed in the attacks, which U.S. officials consider terrorism. An employee of the Ukrainian Embassy was injured when one of the packages exploded.