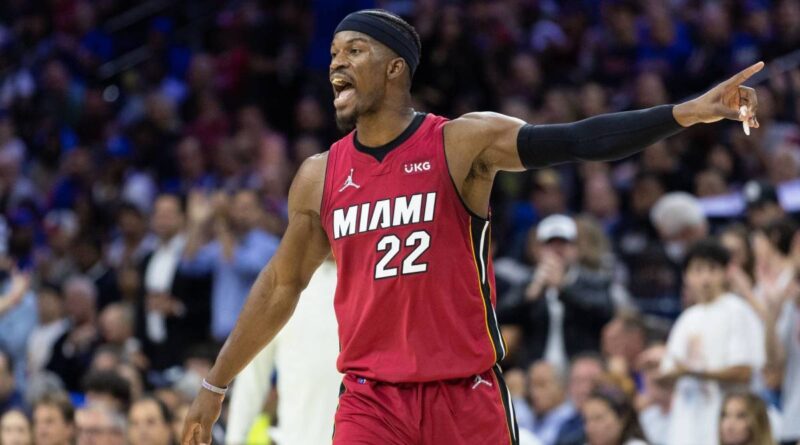 It’s the scenario every fan fears: arriving at the ballpark, stadium or arena, shelling out money to see a superstar player, only to find out the player is absent due to injury, rest or otherwise extenuating circumstances.

One Heat fan experienced a particularly crushing version of this experience Tuesday evening before Miami’s home game against the Celtics. The young fan was captured on camera holding a sign that read “Dear Jimmy (Butler): We flew over 4405 miles to see you play. Can we get a photo or a big face coffee? ;),” and appeared to have an Argentinian flag with him.

Just before tip-off, Butler was ruled out with back soreness, leaving the fan despondent.

The story, however, has a doubly happy ending. First, according to the AP’s Tim Reynolds, the fan got “a trip to the court, a jersey, a ball [and] a memory.”

The exchange was captured on TNT.

Second, the Heat recovered to win in Butler’s absence, beating Boston 98–95 behind 30 points and 17 rebounds from center Bam Adebayo.