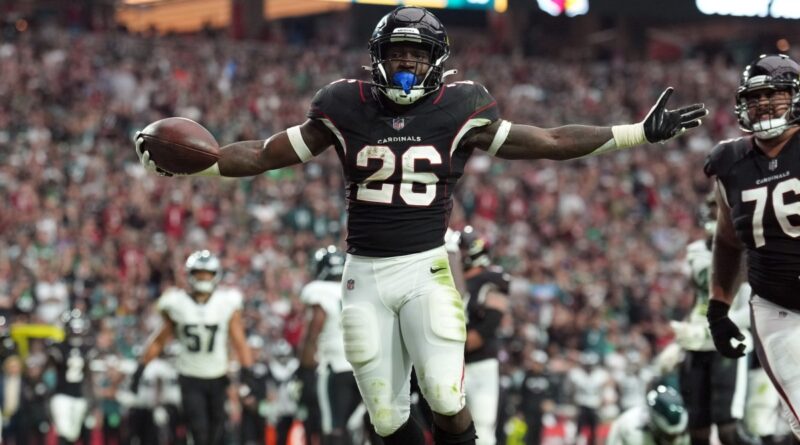 Running back Eno Benjamin was released by the Cardinals last week in just his second season with the team following a strong college career at local Arizona State.

Benjamin was selected in the seventh round of the 2020 NFL draft by the Cardinals to remain in the same metro area where he played his college football with the Sun Devils.

Even though he’s not a member of the Cardinals anymore, it doesn’t mean that the running back hasn’t paid attention to what has happened with Arizona in the 10 days since his departure. Ahead of Wednesday’s episode of HBO’s Hard Knocks, Benjamin was skeptical that his release would be covered.

Benjamin was correct. The Hard Knocks episode instead dealt with the details behind Antonio Hamilton’s cooking accident, offensive lineman Will Hernandez’s homecoming to Mexico City and Colt McCoy’s start in place of Kyler Murray.

In addition to neglecting to address Benjamin’s release, the episode also glossed over the firing of assistant coach Sean Kugler after he groped a woman in Mexico City.

Benjamin has since signed with the Texans where he hopes to make an impact in a wide-open backfield.

Perhaps a fresh start would be best for both sides. In 19 career games with the Cardinals, Benjamin rushed 104 times for 417 yards and three touchdowns. This season, Benjamin carried the ball 70 times for 299 yards and two touchdowns before his release from Arizona.