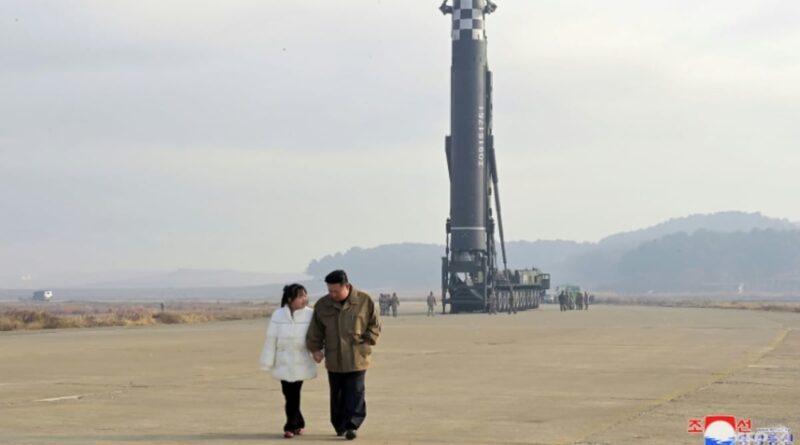 Nevertheless, there are other options for a potential successor. According to media reports, South Korea’s National Intelligence Service believes Kim Jong Un has at least three children – one son, born about 2010, a daughter born in 2013, and another daughter born in 2017. The girl who appeared in the photos is said to be his second-born and is estimated to be about 10 years old.

But why did the North Korean leader choose to reveal his daughter to the public for the first time at an ICBM launch?

By doing this, it is clear that Kim Jong Un wanted the public, both domestically and abroad, to pay attention. If the girl had been introduced with photos showing her at a concert with her father or at a local farm or school, then it would have looked more like a family outing trying to make Kim Jong Un look softer and more relatable.

But the choice instead to share a photo of him and his daughter in a military setting seems a hint that this is about more than Kim Jong Un’s own image.

According to North Korean state media, the ICBM test where the daughter was present was “historic”, one of a “major strategic weapon”, which marked a “crucial milestone” in the country’s nuclear weapons development.

Even more noteworthy was an article posted by the country’s Rodong Sinmun newspaper on Sunday, which clearly connected the pursuit of nuclear weapons to the nation’s future generations. The article stated that the weapons would be “monuments to be passed down to our descendants for generations to come”.

Similarly, Kim Jong Un stated in September that nuclear weapons “guarantee the security of … the coming generations” and that their pursuit is worthwhile despite the current costs.