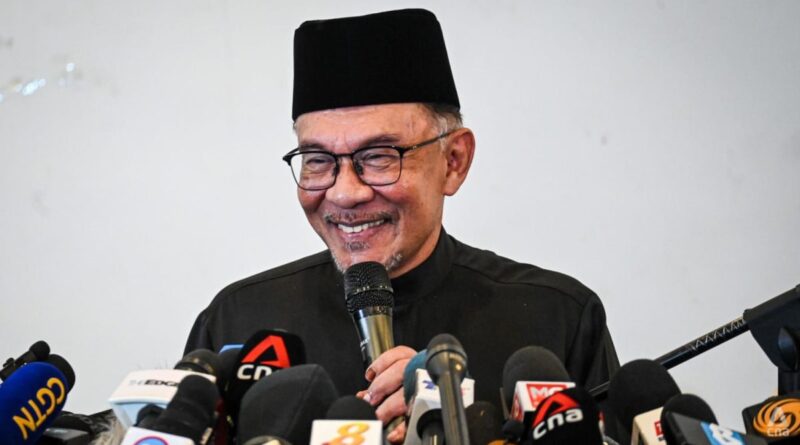 After the king summoned both Mr Anwar and Mr Muhyiddin on Tuesday afternoon in a bid to resolve the impasse, the PH leader told reporters that the ruler had yet to make his decision.

Separately, Mr Muhyiddin said that the king had asked PH and PN to form a unity government. But PN turned down the suggestion.

On Wednesday morning, representatives of BN and GPS, the two potential kingmakers, were summoned for a royal audience.

Following the royal audience, BN chairman Ahmad Zahid Hamidi was quoted as saying by local media that the king had advised BN to be part of a unity government.

“Tuanku’s decree was to form a unity government,” he reportedly said.

Subsequently, talk of a unity government believed to be based on PH’s leadership, gathered further steam.

Late Wednesday night, BN announced that it will join a unity government but not one led by PN.

In what may be an olive branch, Democratic Action Party (DAP) secretary-general Anthony Loke said on Thursday that he was in Kuching to speak with GPS chief Abang Johari Abang Gopeng. DAP is a component party of PH.

Mr Loke said in a statement: “I have told (Abang Johari) that if there were any statements issued by DAP leaders which insulted the people and government of Sarawak, I on behalf of DAP would like to openly apologise.”

GPS accepted the apology. It has also said that it will join the Anwar-led unity government and will leave the issue of Cabinet positions to the new prime minister.

GPS had initially pledged support for PN, only to later say that it would heed the king’s wishes to be part of a unity government.

GPS had repeatedly said that it does not mind working with any coalition or party from the peninsula as long as it is not PH or DAP.

Ties between GPS and DAP have been fraught as the latter cancelled some projects in Sarawak during the short-lived PH administration from 2018 to 2020. Additionally, GPS and DAP had campaigned bitterly against each in the urban state and parliamentary seats in Sarawak.

Shortly after, the stars seemed to align further in PH’s favour as GRS also announced that it will adhere to the decision of the king to form a unity government.

During GE15 campaigning, GRS had an electoral pact with BN’s Sabah chapter. Both GRS and BN are currently in control of the Sabah state assembly.

After a special meeting of the Malay rulers on Thursday morning regarding the political impasse, Istana Negara announced that Mr Anwar is the next prime minister of the country.