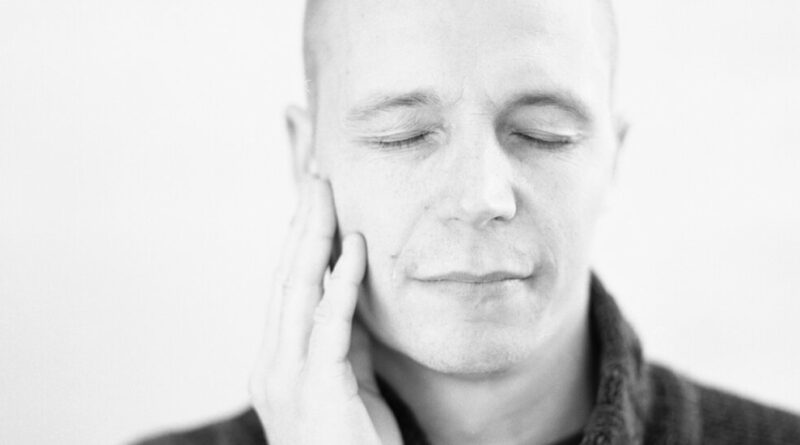 Following the death of Esbjörn Svensson, a pianist and one of Europe’s most influential jazz musicians, in a scuba diving accident in 2008, his wife, Eva, spent some time in the family basement, backing up all of his tapes. Among them, she and the sound engineer Åke Linton found a corrupted Logic file and a scratched CD, both named “Solo.”

Svensson recorded 11 studio albums with his trio E.S.T. over a 15-year recording period, but never solo work. It’s a different experience to hear her husband’s music outside of the trio, Eva said in a recent video interview.

Both the intriguingly named CD and file were initially unusable, but in 2017, following Eva’s decision to revisit the tapes, Linton rescued the audio files, revealing nine near-pristine solo piano tracks, recorded a few weeks before Svensson’s death. The record, “Home.s.,” was released Nov. 18, and is just one of a recent series of projects exploring Svensson’s legacy as a genre-bridging artist.

In 1993, Svensson and his childhood friend Magnus Öström, a drummer, met the bassist Dan Berglund, and formed the Esbjörn Svensson Trio. The group added the initials E.S.T. on its early albums, to shift the focus from Svensson and project a sense of equality among the three players.

“It became a cooperative,” said the jazz journalist and author Stuart Nicholson in a telephone interview, adding “that is partly how the sound of the trio developed in such a distinctive manner.”

The trio was best known for its international breakthrough albums “From Gagarin’s Point of View” and “Good Morning Susie Soho,” which synthesized pop, rock and Nordic folk influences, and approached that blend “in the spirit of jazz” (the motto adopted by their label, ACT). Svensson may have wanted to share the spotlight, but E.S.T. gigs were high-production performances, combining tasteful light displays and smoke machines with accessible melodies to create an atmosphere closer to a rock gig.

“You didn’t need to be a jazz lover to like their tunes,” said Linton, who was E.S.T.’s longtime sound engineer, in a recent video interview. The instrumental trio’s success meant jazz-based music became popular in the European mainstream. The 2005 record “Viaticum” charted on the German and French pop charts, and went platinum in Sweden, where it debuted at No. 5, just above U2 and John Legend.

In 2006, the group’s first DownBeat Magazine cover bore the headline “Europe Invades!”, evidence of the slightly frosty reception the trio received from the jazz establishment in America, where it never had a high profile.

No one around Svensson knew he was working on “Home.s.,” which was named by Eva. It was clear that tracks weren’t simply ideas destined for later exploration with the trio because of the files’ labeling, and the precise compositional structures. “He was a private person,” Linton said, adding that he “didn’t talk to anyone about it, not even his wife.”

The album — which offers a handful of reference points from classical music and Nordic jazz, including Chopin and Shostakovich, as well as Jan Johansson’s popular 1963 album “Jazz På Svenska”— finds Svensson alone, in a melancholic musical space and has the distinct feeling of an artist delving into his private, interior language. “We’re almost privy to his innermost musical thoughts,” Nicholson said.

But the sound of “Home.s.” was still familiar to those close to Svensson. Eva described the album’s music as “kind of the soundtrack to our daily lives.” After E.S.T. was done with a soundcheck, Svensson “would always stay playing stuff in the hall,” Linton said. “And now when I think of it, probably what was going on is that he was practicing this stuff without knowing it, but he would never talk about it.”

Nicholson remembered spending time at an E.S.T. recording session in Stockholm, when Svensson warmed up with music by Shostakovich that demonstrated the full extent of his classical education, in a way he didn’t show with E.S.T. “When we met, I said, ‘How come you don’t reveal that part of you?’” Nicholson said. “He said, ‘That’s not me. I can do it, but that’s not how I feel things, and how I understand music.’”

Despite the intimate feel of Svensson’s solo work, “when I found the album, I had this strong feeling that I wanted to share it,” Eva said.

To premiere “Home.s.,” she wanted to create a shared experience, like an album listening party. It was first played in September at Stockholm’s Sven-Harry’s Museum, in surround-sound and accompanied by a new hanging sculpture by Jennie Stolpe, and later paired with visuals conceived by David Tarrodi (the director of the 2016 documentary, “A Portrait of Esbjörn Svensson”) and Anders Amrén (E.S.T.’s regular lighting designer) as part of an online event.

The visuals arranged by Tarrodi and Amrén pick up on the melancholic tone of Svensson’s solo album. The pair’s 36-minute video piece began with small piles of sand, contorted kaleidoscopically through different lenses; then, sun-bleached footage of a family emerged; next, grainy footage of America, all soundtracked by the album. The sound was melancholic, the visuals muted, but the combination never descriptive or poetic.

Andrew Mellor, the author of “The Northern Silence: Journeys in Nordic Music and Culture,” described melancholy in the region “as a discipline. It’s also a kind of pastime in Scandinavia.”

One way to survive the “brutal” winter is through art, he added: “There’s literature from Ibsen and Knut Hamsun, films by Lars von Trier, and there’s music by Bent Sørensen.”

On “Home.s.,” the melancholy twists inward. “It says ‘this is about me looking into myself, more than it is about me telling you a story,’” Mellor said.

When Eva first heard the album, she thought “‘wow, this is his voice,’” she said. “It couldn’t be anybody else’s.”