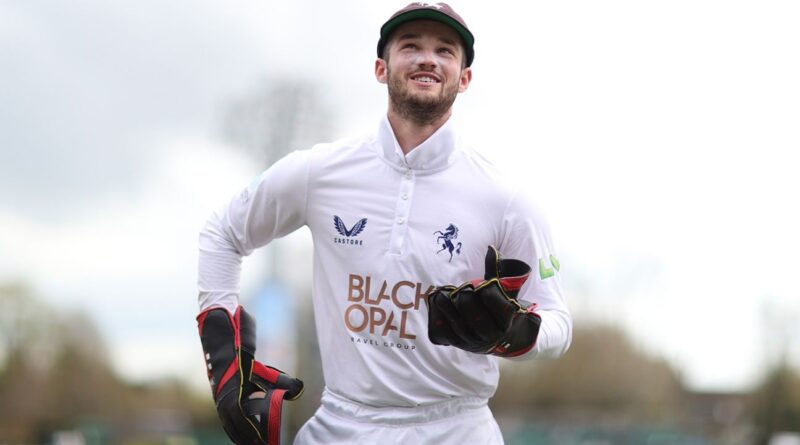 Home Sports
September 23, 2022 admin 0 Comments
Ollie Robinson, the Kent wicketkeeper-batter, has agreed a three-year deal to join Durham from the end of the season.

Robinson, 23, made his Kent debut in 2017 and has played for England Lions, but went on loan to Durham earlier in the summer in order to gain opportunities in T20 cricket, where he has had to contend with Sam Billings and Jordan Cox being above him in the pecking order.

“We currently have two wicketkeepers who are in and around senior England squads In Sam Billings and Jordan Cox, and Ollie Robinson has toured with England Lions,” Kent’s director of cricket, Paul Downton, said. “Kent has produced three fantastic wicketkeeper-batters through the club’s academy in recent years, and at some stage this situation was going to come to a head.

“From my own personal experience as a player, I can understand Ollie’s decision to move clubs to guarantee playing time. Of course, we would prefer that Ollie stayed at Kent, but he has to do what is best for his career.

“Ollie has been a brilliant servant to the club, and he leaves with our very best wishes.”

Robinson has been Kent’s first-choice keeper in the Championship since his breakthrough season in 2019, when he scored the first of his four first-class hundreds for the club. This summer saw him become only the fifth Englishman to score a List A double-hundred, as Robinson averaged 59.33 in the Royal London Cup.

He also scored 226 runs across 12 innings for Durham in the T20 Blast, including a career-best 56 against Yorkshire.

‘I’m thrilled to be joining Durham Cricket from next season and beyond,” Robinson said. “Having been a part of the group during my loan stint I know how much quality the squad possesses, and I feel there are some exciting times ahead, hopefully I can make some major contributions and help Durham win some trophies.

“I want to thank all the staff on and off the field for making me feel so welcome earlier this season – I look forward to meeting up with everyone again and getting down to business. I feel Durham is the right place for me to help fulfil my goals and next season can’t come fast enough. I’m looking forward to seeing what the north has to offer.”

Durham’s director of cricket, Marcus North, said: “We’re extremely delighted that Ollie has chosen to join Durham and we have been able to secure the signature of one of the most talented and skilful wicketkeeper-batters in England.

“At only 23, Ollie has already established great foundations in all formats of his game, and we look forward to nurturing this very exciting talent in his next stage of his career at Durham.

“This is the quality and skillset we have been looking for that will strengthen our playing squad in all formats. We look forward to him joining back up with us during pre-season and the impact he will have with us next season and beyond.”