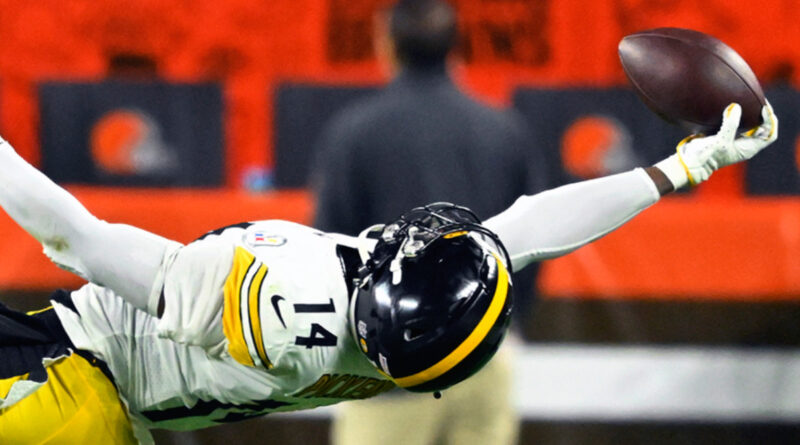 Steelers rookie wide receiver George Pickens handed in an early entry for catch of the year with a twisting, one-handed grab on Thursday night vs. the Browns that eerily resembled Odell Beckham Jr.’s famous 2014 catch.

The 36-yard pass play from quarterback Mitch Trubisky caused quite the social media stir on Thursday night as the NFL world was mesmerized by the impressive catch.

Many outlets, including the Amazon Prime broadcast, were quick to compare Pickens’s catch to Beckham Jr.’s, which occurred while the wide receiver was a rookie on the Giants.

This begged the question: what did Beckham Jr. think of the catch?

The former Giants, Browns and Rams receiver responded to a tweet with a picture of each catch with his initial reaction.

“THIS CATCH IS FILTHY,” Beckham wrote.

It sounds like the Steelers rookie has the seal of approval from the king of acrobatic catches himself.

For more Pittsburgh Steelers coverage, go to All Steelers.