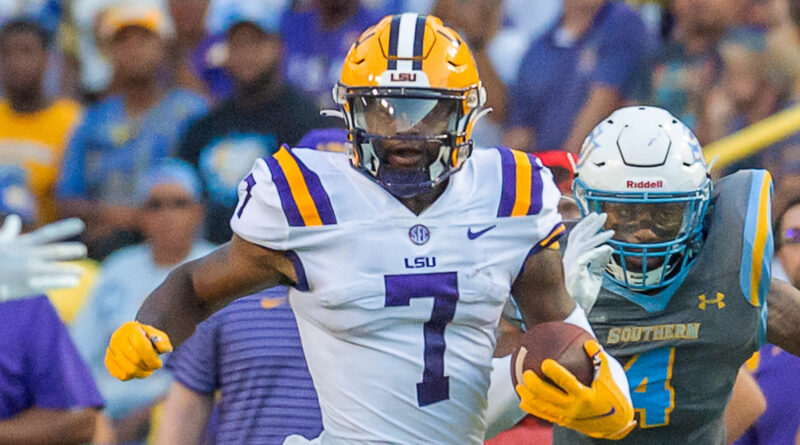 LSU wide receiver Kayshon Boutte will miss Saturday’s game vs. New Mexico in order to attend the birth of his first child.

Coach Brian Kelly explained the reason why Boutte would be absent this weekend so there wasn’t concern about the wide receiver’s health or status.

“[Boutte] is excused to be with his girlfriend who is expecting their first child,” Kelly said, via The Advocate’s Leah Vann. “He is with her and we expect some great news here in a few hours. We wish him and his new mom all the best.”

It’s unknown how long the wide receiver plans to be out, but right now it sounds like he’s just going to miss the New Mexico matchup. According to ESPN, they are having a baby boy. Kelly said, per The Advocate’s Wilson Alexander, “We’ve already offered him a scholarship.”

Ahead of this season, Sports Illustrated projected that Boutte would go No. 5 overall in the 2023 NFL draft. So far this campaign, the junior has completed 10 receptions for 93 yards and zero touchdowns.

Last season, Boutte had 38 receptions for 509 yards and nine touchdowns in just six games. He suffered an ankle injury, which put him out for the final six games.