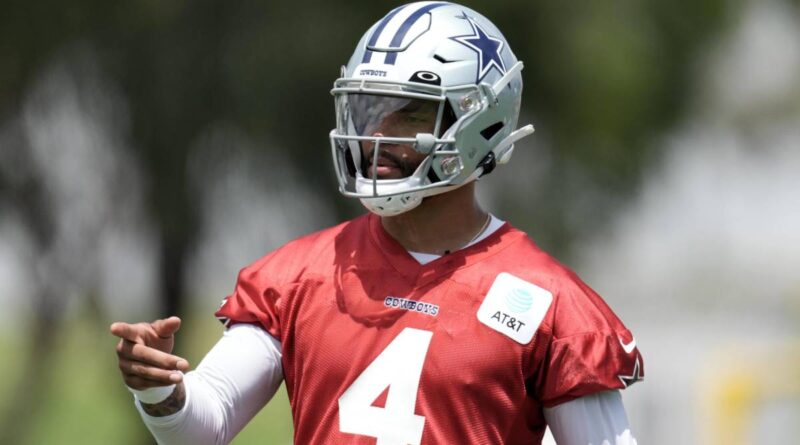 Trevon Diggs’s son, Aaidan, is already a mini celebrity within the Cowboys organization and is not afraid to share his criticism of the team.

Since he already knows so much of the team, Aaidan’s favorite player doesn’t appear to be his father. Instead, it seems Aaidan might prefer Dak Prescott.

At Cowboys training camp on Friday, Aaidan was so excited to see Prescott that he ran all the way across the field just to see him.

“Oh I see him! I see Dak Prescott!” Aaidan screamed before sprinting to the Dallas quarterback.

When Aaidan finally reached Prescott, he ran a route for the quarterback, catching the first pass that Prescott threw. After which, Prescott threw some shade at Trevon to praise Aaidan.

“You catch better than your dad already,” he said.

That is high praise considering Diggs led the league in interceptions a year ago. But just like his dad and uncle, he caught the ball thrown his way.