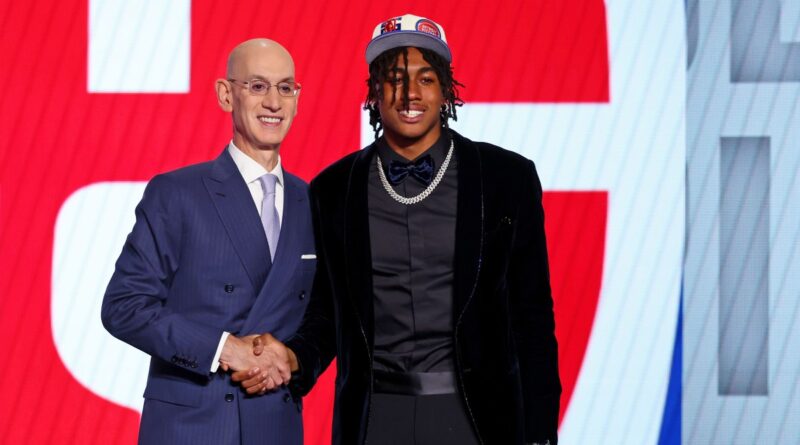 Draft night is not complete without the requisite trade rumors, and it didn’t take long before reports started swirling around the Pistons’ pick at No. 5, Jaden Ivey.

Despite “several” attempts to pry Ivey away, the Pistons are reportedly planning to keep the talented wing player, per James Edwards III of The Athletic. The Knicks, in particular, were said to have attempted to work out a deal with Detroit involving their No. 11 overall pick, according to Newday‘s Steve Popper.

Ivey, who grew up in Indiana and spent his college career at Purdue, has ties to Detroit. His mother, Niele Ivey, is currently the head coach of Notre Dame’s women’s team and played in the WNBA, including one season for the Detroit Shock. His grandfather, James Hunter, played defensive back for the Lions from 1976 to ’82.

In two seasons with the Boilermakers, Ivey averaged 14.9 points and 4.3 rebounds per game while shooting 44.0% from the field. Sports Illustrated‘s Jeremy Woo wrote this about Ivey in his latest draft projection:

“Detroit needs to get more athletic and bolster its offense as it builds out the roster around Cunningham, and stands to benefit from the pace and firepower Ivey should immediately supply. Ivey should immediately be a force in transition and attacking the paint with NBA spacing, but he’s still refining his game as a playmaker and learning to defend with intent. His strengths should take pressure off Cunningham to create every shot, and conversely, he’ll be able to cover for Ivey’s shortcomings in the halfcourt. In tandem, they could become one of the league’s best backcourts.”

The Knicks did execute a trade at No. 11, but Ivey was not involved. According to ESPN’s Adrian Wojnarowski, New York will trade selection Ousmane Dieng to the Thunder.

For more Detroit Pistons coverage, go to All Pistons.