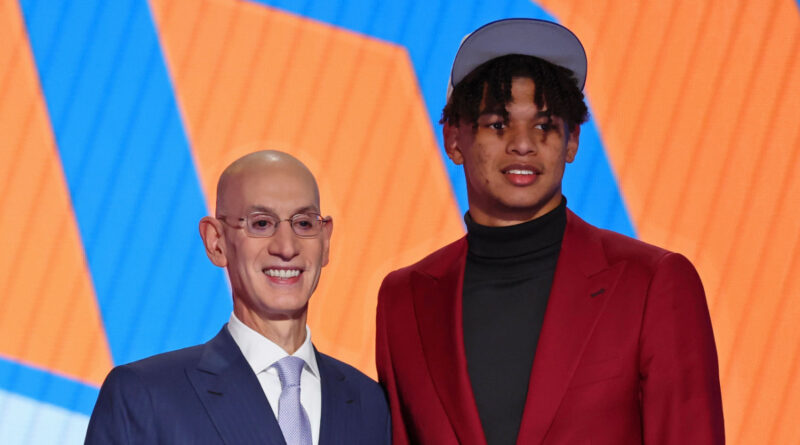 The first trade of the 2022 NBA draft occurred when Ousmane Dieng was selected No. 11 overall originally by the Knicks. However, the Thunder traded with New York to acquire the French player, per ESPN’s Adrian Wojnarowski.

While the trade reportedly includes three future conditional first-round picks heading to New York, Oklahoma City held on to the No. 12 pick, selecting Jalen Williams out of Santa Clara University.

The Knicks secured first rounders from the Pistons, Wizards and Nuggets for the 2023 draft.

Through 12 picks, the Thunder have already taken three players—Chet Holmgren out of Gonzaga at No. 2, Dieng and Williams.

As of right now, the Thunder also hold the No. 30 pick in the first round.

When the Knicks originally selected Dieng, Knicks fans in attendance at the Barclays Center booed the forward. It’s unclear why the fans were upset with the pick, but now they won’t have to worry about him being on their team.

For more Oklahoma City Thunder coverage, go to Inside The Thunder.