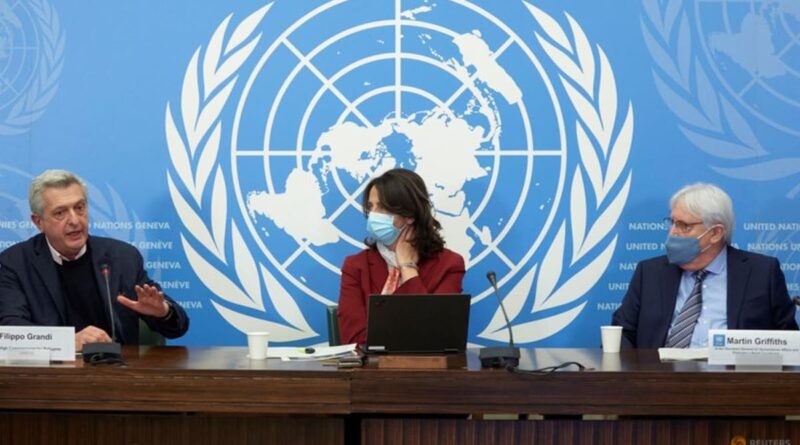 UNITED NATIONS: Afghanistan’s ruling Taliban are resisting efforts by the United Nations to help get humanitarian funding into the country and are interfering in the delivery of aid, UN aid chief Martin Griffiths told the Security Council on Thursday (Jun 23).

Since the hardline Islamist Taliban took over in August as US-led forces withdrew after two decades of war, international banks are wary of testing UN and US sanctions, leaving the United Nations and aid groups struggling to deliver enough cash to run operations.

The United Nations has been trying to kickstart a system – described as a Humanitarian Exchange Facility (HEF) – to swap millions of aid dollars for Afghan currency in a plan to stem aid and economic crises and bypass Taliban leaders who are under sanctions.

“We have seen limited progress because of resistance by the de-facto authorities. This is an issue that is not going to fix itself,” said Griffiths, adding that until Afghanistan’s formal banking system could operate properly again, the United Nations needed to get Humanitarian Exchange Facility up and running.

He said about half the aid groups recently surveyed by the United Nations reported difficulty transferring funds into Afghanistan, down from 87 per cent in October, adding: “The direction of travel is positive, but the figure remains alarming.”

Griffiths said two-thirds of the aid groups cited a lack of available cash in Afghanistan as impeding their programs.

Taliban authorities are also increasingly interfering with the delivery of humanitarian aid, despite a pledge to UN officials in September that they would not, Griffiths said.

“National and local authorities are increasingly seeking to play a role in the selection of beneficiaries and channelling assistance to people on their own priority lists, citing an almost universal level of need,” he said.

“We are also seeing more demands by the Taliban for data and information with regards to budget and staffing contracts,” he said, adding that aid groups “face continued difficulties as they try to hire Afghan women in certain functions”.

The Taliban could not be immediately reached for comment on Griffith’s remarks.

Griffiths said the United Nations had only received one-third of the US$4.4 billion it needed to meet humanitarian needs in Afghanistan in 2022. “We simply do not have enough funding,” he said.

The council met for its quarterly meeting in Afghanistan a day after an earthquake killed at least 1,000 people in a remote part of the country.