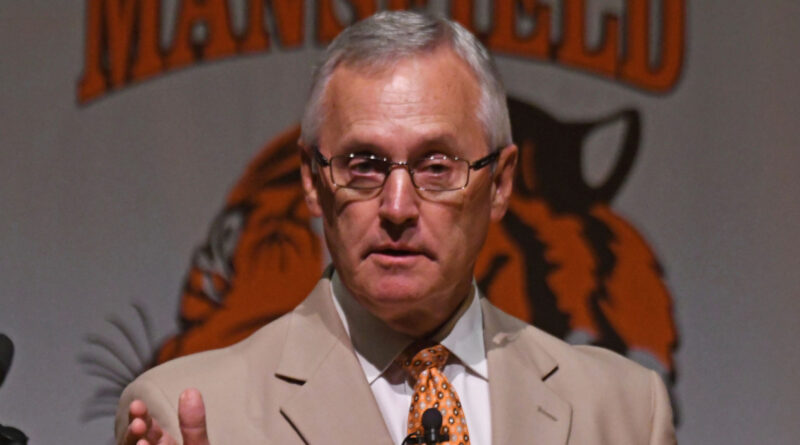 Tressel has been president of the university since 2014. He will officially be done with his duties on Feb. 1, 2023. Until then, he plans “to work seven days a week for the next seven months.”

The 69-year-old said it was time for him to retire and focus on spending time with his family now after working with colleges since 1975, a year after he graduated college.

“It has been truly a blessing and labor of love to serve Youngstown State University,” Tressel said. “I cannot thank my family enough for allowing my schedule, and the needs of our university, to take priority and center stage. It is now only fair to have Ellen, our wonderful children and grandchildren, extended family, friends and former students, set the schedule.”

Tressel previously coached the Youngstown State’s football team from 1986–2000. He led the team to four national championship wins in the NCAA’s Division 1-AA, which is now known as the Football Championship Subdivision.

After his 15-year career at Youngstown State, Tressel was the head coach of Ohio State from 2001–10. The team went 6–4 in bowl games during his tenure there.