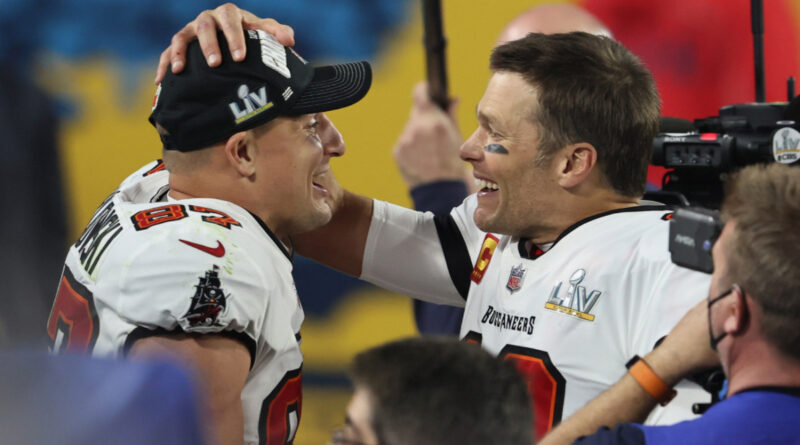 Veteran tight end Rob Gronkowski celebrated his 33rd birthday on Saturday, and Tom Brady made sure to check in with his old pal to see how things are going.

The Buccaneers quarterback delivered a special message to Gronkowski via his Instagram story in honor of his special day. But, as you might expect, Brady couldn’t help but steer the conversation towards football and, more specifically, Gronk’s looming decision on his NFL future.

Brady shared a picture of the dominant duo after Tampa Bay’s Super Bowl LIV win in 2021 along with the caption “Happy Birthday buddy!” and one not-so-innocent follow-up question: “Getting bored yet?”

While it’s possible Brady could’ve been asking about his longtime teammate’s weekend plans, it’s more likely his post was hinting towards a return to the gridiron from his longtime tight end. The future Hall of Famers’ dominant partnership in New England carried over in spades following the pair’s move to Tampa two years ago, with Gronk totaling more than 1,400 yards and 13 touchdowns in 28 regular-season appearances.

The latest update concerning Gronkowski’s status came from Bucs coach Todd Bowles on Friday when he told reporters things are “status quo” regarding Gronk’s future with the team. Based on the current circumstances, Brady may be waiting a little bit longer than he’d like for a response.