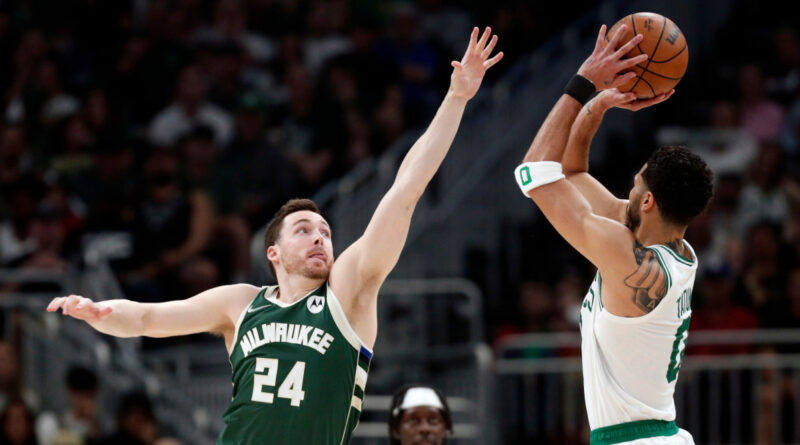 The Celtics entered Friday night’s Game 6 vs. the Bucks staring elimination in the face after one of the most devastating playoff collapses in recent memory Game 5.

In order for Boston to stave off elimination and force a Sunday afternoon Game 7 back at TD Garden, it needed superstar wing Jayson Tatum to show up in the most pressure-packed game of the season so far.

Tatum has had more than his fair share of offensive struggles in this series against the Bucks. In the Celtics’ three losses, Tatum has shot a combined 33% from the field and 23% from three.

But Tatum did not let down the Boston faithful when the season hung in the balance.

When Giannis Antetokounmpo punched with 44 points and 20 rebounds, Tatum punched back. When Milwaukee made its run in the fourth quarter to cut what was a 14-point Celtics lead to four, Tatum responded with bucket after bucket.

The 24-year-old scored 11 straight fourth-quarter points to bury any hope the Bucks had left and to help Boston pull away for good in its 108–95 win on Friday night to force a decisive Game 7.

Tatum put on an offensive masterclass that countered everything Antetokounmpo and the Bucks threw at him, finishing with 46 points and nine rebounds on 17-of-32 shooting from the floor, including 7-of-15 from three.

Poor shooting performances in the rear view mirror, Tatum led the Celtics from the brink, and now has Boston returning home on the verge of the Eastern Conference Finals.

For more Boston Celtics coverage, go to Inside The Celtics.