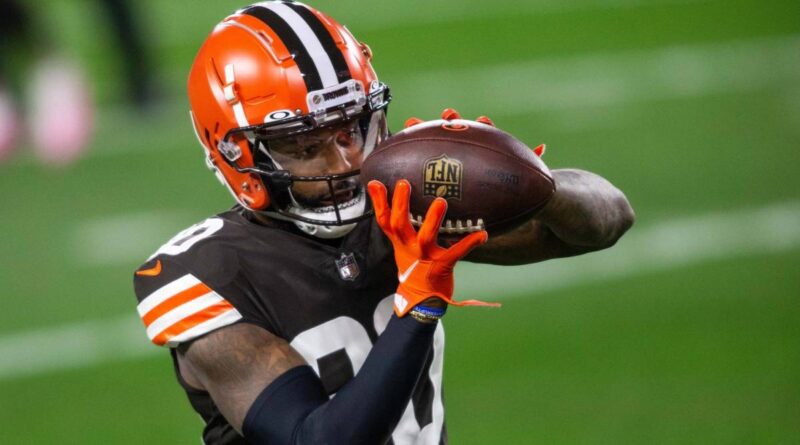 Jarvis Landry has announced that he will play for the Saints next season, but he plans on using the year to prove he still deserves a lucrative contract. NFL Network’s Tom Pelissero reports Landry will make $6 million on a one year contract for New Orleans.

According to Pelissero, Landry plans to hit the market again next offseason, when he hopes a strong season will lead to another multi-year contract. The wide receiver will be 30 next year, and he played through an MCL sprain, partial quad tear and a bone bruise throughout the 2021 season.

As a result, Landry’s 2021 represented a down year for the five-time Pro Bowler, based on his stats. He only played in 12 games and totaled 52 catches for 570 yards and two touchdowns, all career lows. If he gets through this year healthy and as a top-two passing option for the Saints, he has a chance to earn a sizeable deal in free agency.

In the meantime, Landry returns home. He grew up in Louisiana, not too far away from New Orleans, and he attended LSU for three years before entering the NFL. He also re-joins former teammate Tyrann Mathieu, who signed with the Saints earlier this month.