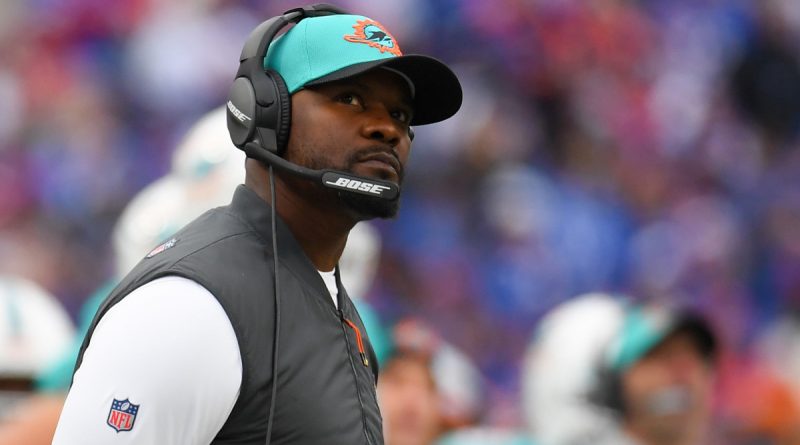 The Texans announced on Friday that the franchise completed an interview with former Dolphins coach Brian Flores for their head coaching position.

Flores was fired by Miami on Monday after three seasons with the Dolphins. He was fired a day after the Dolphins defeated the Patriots, 33–24, to earn Miami’s second consecutive winning season, at 9–8.

The 40-year-old recorded a 24–25 mark during his Dolphins’ tenure, but led the team to back-to-back winning seasons in 2020 and ’21, a first for the franchise since the ’02–03 seasons. Miami started the ’21 season 1–7 before winning eight of their last nine games, becoming the first team in NFL history to lose seven consecutive games and win seven consecutive games in the same season.

Along with Flores, Patriots linebackers coach Jerod Mayo are among the top candidates to replace former Texans coach David Culley, who was fired on Monday after going 4–13 in his first year as an NFL head coach.

Before his stint in Miami, Flores served on New England’s staff under Bill Belichick in a various capacities from 2008 to ’18. He won four Super Bowls working on Belichick’s staff.