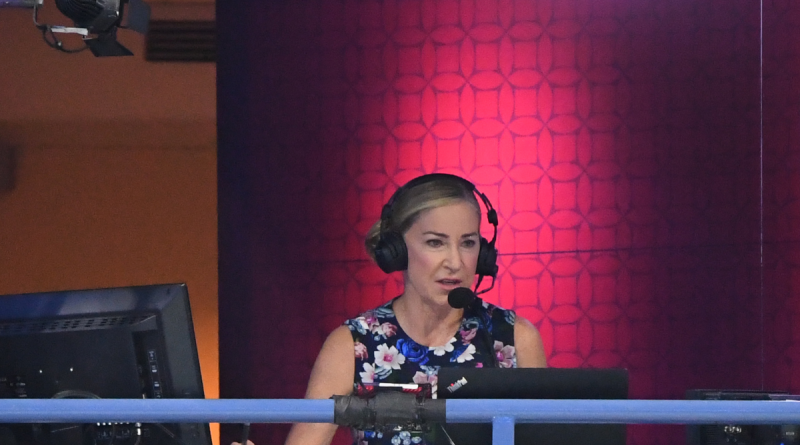 In an open letter released Thursday, Evert said she got a text—one that was “short, simple and yet so d—” complicated—on Dec. 7 saying that her pathology report indicated she had a malignant tumor in her Fallopian tube.

“I read the text five times,” Evert said in the letter.

The cancer, while in an early stage, was discovered after a preventive hysterectomy. Evert began her first six rounds of chemotherapy this week.

Seventy to 80% of ovarian cancer is diagnosed at stage 3 or 4, according to Dr. Joel Cardenas of the Gynecology and Oncology Department at Cleveland Clinic Florida near Fort Lauderdale.

Had Evert not found out about the tumor, she would have been in stage 3 or stage 4 in three months as the cancer would have spread to her abdomen according to Cardenas.

While the early stage of ovarian cancer can be nearly impossible to detect, Evert said she felt lucky to have found out early.

“As someone who has always had control over my life, I have no idea how I’ll respond to chemotherapy,” Evert said. “I have to give in to something higher.”

While dealing with her own diagnosis, Evert has also reflected on the life of her younger sister—former professional tennis star Jeanne Evert Dubin—who died from a late stage of ovarian cancer in February 2020. Evert also delivered the eulogy at Dubin’s funeral.

“She fought and fought till the bitter end” Evert said. “For those of us who were on this journey with her, it was heartbreaking to watch.”

It was during Dubin’s encounter with cancer that Evert underwent the genetic testing to detect early signs or possibilities of cancer. According to the letter, the genetic information that Dubin left behind likely saved Evert’s life.