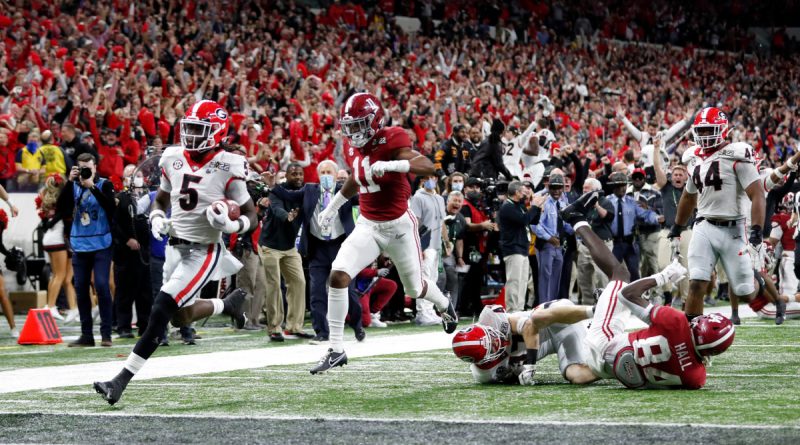 Georgia finally got over monumental hump and reached the pinnacle of the college football world on Monday. The Bulldogs defeated fellow SEC juggernaut Alabama in the 2022 College Football Playoff national championship game.

Even after all the confetti fell inside Lucas Oil Stadium in Indianapolis and the Bulldogs basked in celebration, one Alabama fan on The Paul Finebaum Show on Thursday was determined to remind people that the Bulldogs are still a tier below the Crimson Tide.

Or, at least he thinks so.

“When you have two 1,000 yard receivers off your ball team, they [Georgia] didn’t beat a good ball team,” Fred told Finebaum. “If anybody from Georgia thinks they are No. 1, that horse.”

Finebaum also asked the question of the hour.

“Alabama,” Fred said. “How can Georgia take any kind of pride in a team with two 1,000 receivers gone,” he asked. “The only fair game that Alabama played with Georgia was the SEC championship. What did Alabama do to them then? They slaughtered them.”

Thankfully, the games are played by the skilled athletes on the field. Could Alabama have defeated Georgia in the national championship game had the Crimson Tide had both John Metchie III and Jameson Williams on the field for the big game?

That’s something that Alabama fans will mull over forever.

But for now, Fred and Crimson Tide fans will have to come to terms with the fact that the national championship trophy resides in Athens, Georgia.