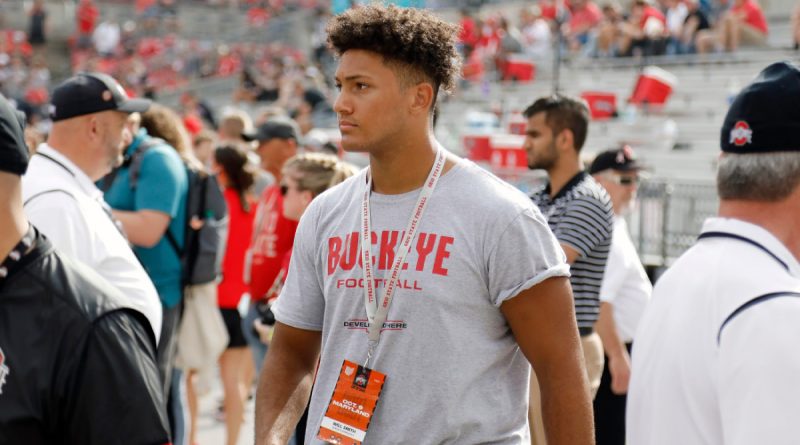 Will Smith played defensive end for Ohio State from 2000 to ‘03, winning a national championship and earning All-American honors at the program, before setting off on decade-long NFL career. Now, Will Smith Jr., son of the former Buckeyes and Saints star, will have the same college opportunity, should he so choose.

Upon the end of the NCAA’s recruiting dead period on Friday, the Buckeyes offered Smith Jr., a defensive end in the 2023 class. He currently stars at Dublin Coffman High School (Ohio).

Smith is still relatively early in his recruitment, but holds reported offers from Boston College, Duke, Georgia Tech, Illinois, Northwestern and West Virginia, among others. The Buckeyes offer is his biggest to date, and holds even more significance given his father’s time with the program.

He took unofficial visits to Columbus for games against Maryland and Purdue during the ‘21 season.

His father was selected with the No. 18 overall pick in the 2004 NFL draft by New Orleans, with whom he’d carve out an impressive pro career. He made the Pro Bowl in 2006, and was part of the Super Bowl XLIV championship team. His career came to an end in 2014, after being released by the Saints and the Patriots, with whom he spent part of the preseason.

In 2016, Smith was shot and killed in New Orleans in a dispute stemming from a car accident.