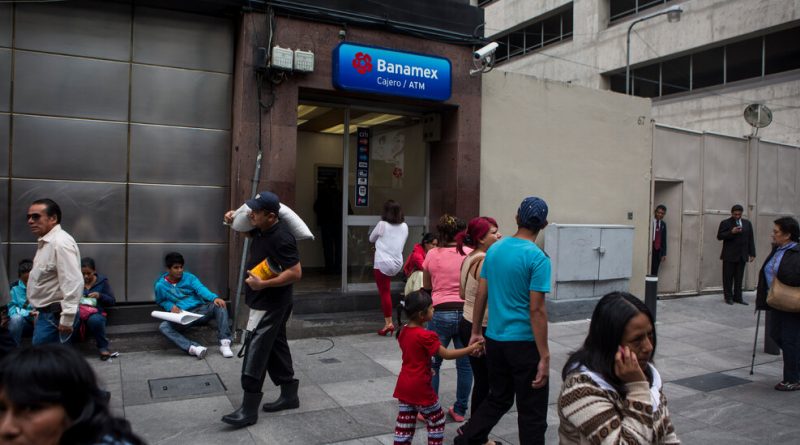 Citigroup will exit its consumer banking business in Mexico, where it has more branches than in any other country, closing the curtain on an operation that was both extremely profitable and plagued by scandal.

The bank announced on Tuesday that it would either sell or take public Banco Nacional de México, better known as Banamex, which it bought in 2001 for $12.5 billion, as part of its “strategic refresh.”

Citi will still offer institutional and investment banking services for large companies in Mexico and private banking options for ultrawealthy residents of the country. But it will no longer have branches there to serve individual account holders or small- or middle-market businesses. And it will no longer be bound up with an operation that has generated heavy regulatory scrutiny.

“We’ll be able to direct our resources to opportunities aligned with our core strengths and competitive advantages,” Citi’s chief executive, Jane Fraser, said in a statement emailed to journalists. “We will further simplify our bank.”

In 2014, Banamex revealed that one of its most important clients, a Mexican oil services firm, had defrauded the bank of $400 million and that, in a separate matter, bodyguards working for bank employees were taking kickbacks from some of the bank’s vendors.

In 2015, federal banking regulators and California fined a related, U.S.-based Citi subsidiary, Banamex USA, $140 million for failing to have adequate anti-money-laundering controls in place, conditions that regulators learned of while trying to follow the flow of drug money. Citi later shut down the U.S. business and paid $97.4 million to settle a federal criminal investigation into the matter.

Citi has also said it will exit its consumer businesses in Asia and Europe, part of a plan to “focus on wealth centers globally,” according to its announcement on Tuesday. Citi earned $1.2 billion from its Mexican consumer business during the first three quarters of 2021. The bank is scheduled to report fourth-quarter results on Friday.