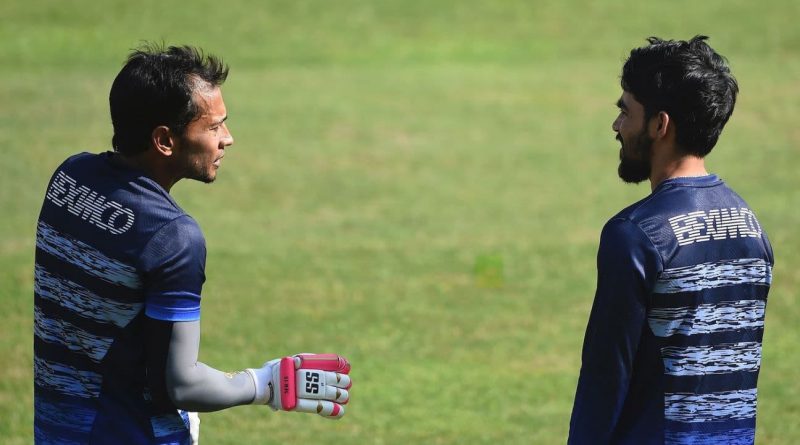 The hosts will be without Tamim, Shakib and Mahmudullah while Pakistan will be keen to carry forward their T20I form into Tests

Bangladesh will look to bridge the gap in experience, skills and temperament with Pakistan, who have so far looked to be in control on this tour, when the two teams meet for the first Test in Chattogram on Friday. The 3-0 series win in Dhaka didn’t just show the difference in the two teams’ T20 skillset, but also their overall moods. Pakistan seem more organised and clear in thinking while Bangladesh cricket is in disarray.

The only saving grace for the home side is the change in format, although Pakistan too would be glad to take a break after a period of busy T20 cricket.

Pakistan’s middle order has to be assertive as they struggle to put together an opening combination. Azhar Ali and captain Babar Azam lend class and experience while Mohammad Rizwan and Fawad Alam have the flair to contribute valuable runs. Babar and Rizwan’s success in opening in T20Is will need to be translated into middle-order dependency in Tests.

Imam-ul-Haq and Abid Ali will be Pakistan’s opening pair – the Abid-Imran Butt opened in their last six Tests. The 22-year-old Abdullah Shafique, who has struck two centuries in three first-class matches, is an interesting inclusion in the 12-player squad that was announced on Thursday.

Pakistan will have Shaheen Shah Afridi and Hasan Ali to take up the new ball with Faheem Ashraf being considered the pace-bowling allround option at No 7. Left-arm spinner Nauman Ali and offspinner Sajid Khan, who made his debut earlier this year against Zimbabwe, will be the likely spinners.
Top-order batters Shadman Islam and Najmul Hossain Shanto have to tackle Pakistan’s new-ball force before the experienced Mominul and Mushfiqur come in. There might be a debut on the offing for both Yasir Ali and Mahmudul Hasan Joy, with Liton Das coming in at No 7. Yasir has been warming the bench for some time now after being in all the squads for the Tests this year, while Joy, who has mostly batted at No 3, was picked on the back of a promising domestic return where he hit back-to-back first-class centuries recently.

Bangladesh will mostly go with seven batters with Taijul Islam and Mehidy Hasan Miraz as the main spinners. Both have been in good form in domestic cricket lately and will be expected to bowl the bulk of the overs in Shakib’s absence.

However, their pace attack seems to be lean as only Abu Jayed has been in some kind of rhythm. Rejaur Rahman Raja, the surprise pick in the Test squad, could be handed a debut after getting rave reviews from high-performance bowling coach Champaka Ramanayake.

Pakistan will look at Shaheen Shah Afridi to lead the bowling attack and give early breakthroughs. Afridi may not find a lot of help from the Chattogram pitch which usually assists spinners, but he should use the breeze that blows across the ground.

Najmul Hossain Shanto scored two hundreds in Bangladesh’s last three Tests, against Zimbabwe and Sri Lanka respectively, and also made a first-class century recently. Despite being in form, Shanto could be troubled by Pakistan’s quality fast bowlers. His role at No. 3 will be crucial for Bangladesh.

Bangladesh are considering as many as three Test debutants in this game. Mominul has hinted that Joy may open while Yasir is a strong candidate at No 6. Rookie fast bowler Raja may also play ahead of Ebadot Hossain.

Sajid Khan could partner Nauman Ali in the spin attack, which would leave batter Shafique out of Pakistan’s XI. They are without Imran Butt, who was dropped from the squad, and Mohammad Abbas, from their last Test against West Indies.

West Indies successfully chased 395 runs in the fourth innings in the last Chattogram Test, which suggests that the Zahur Ahmed Chowdhury pitch will generally hold up for the entire five days. Temperatures are expected to be mild.

“It is a challenge for a young captain like me to head into the new WTC cycle with a young team. We have always required senior players on the Test side. Shakib bhai, Tamim bhai and Taskin are regular players. But it is a continuous process. We have to move on. We cannot be disappointed all the time. I firmly believe it is a huge opportunity for the younger players.”