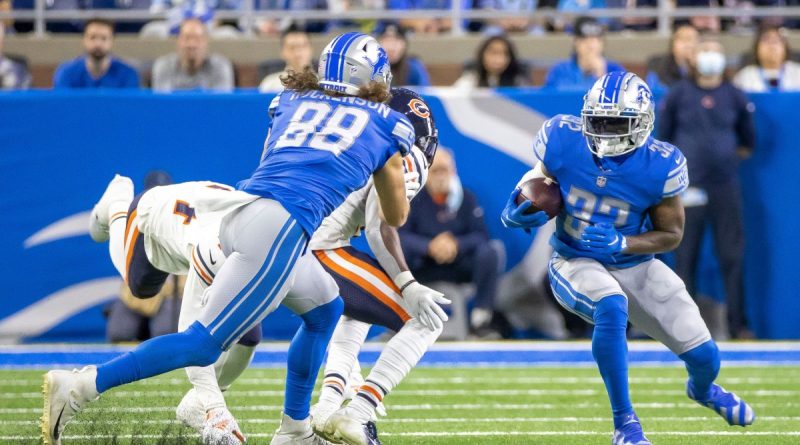 Lions running back D’Andre Swift exited Thursday’s game against the Bears in the second quarter due to a shoulder injury.

Swift was ruled questionable to return by Detroit.

Swift, 22, is in his second NFL season. He entered Week 12 with 555 rushing yards and four touchdowns, including 236 combined rushing yards in the past two weeks.

Detroit took a 7–0 lead on Thursday on a TK-yard pass from Jared Goff to TK, though Chicago ripped off 13 straight unanswered points to take a 13–7 lead at the half.

For more coverage of the Bears, visit Bear Digest