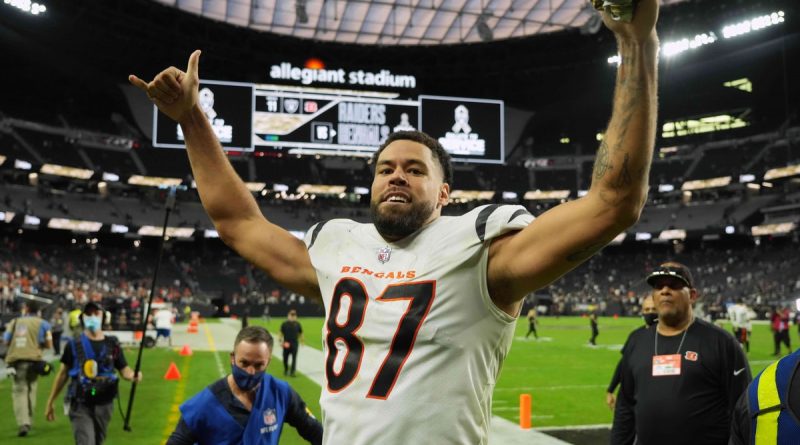 C.J. Uzomah has player prop betting options available from bookmakers before his next NFL game on Sunday at 1:00 PM ET airing on CBS. Uzomah’s Cincinnati Bengals (6-4) and the Pittsburgh Steelers (5-4-1) meet in a Week 12 matchup between AFC North foes at Paul Brown Stadium.