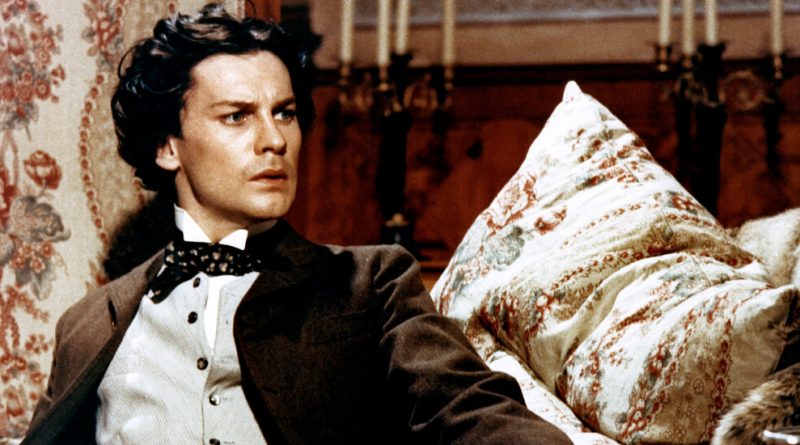 The revered Italian director Luchino Visconti was openly gay yet devoutly Catholic, ostensibly Communist yet unyieldingly aristocratic. In short, he embodied contradictions that haunt many of his films, in which criticism can sometimes be confused with reverence, or obsessive detail with tasteless excess.

Nowhere is this more evident, to sometimes frustrating and other times awe-inspiring effect, than in his so-called German trilogy of “The Damned” (1969), “Death in Venice” (1971) and “Ludwig” (1973). These films are hard to love and not as widely adored as his earlier masterpieces, like “Rocco and His Brothers” and “The Leopard,” but they are a culmination of his preoccupations and paradoxes: Visconti at his most operatic, confessionally queer and questioning of the present through meticulous reconstructions of the past.

In this triptych, that past is the history of Germany, recounted in what amounts to an autopsy that traces the apocalyptic 1930s back to the Romantic 19th century. And now, with the Criterion Collection’s recent release of “The Damned,” the three films are all available again, in new restorations that not only improve picture and sound quality, but also hew more closely to Visconti’s controversial intent.

His earlier films — even his first, “Ossessione,” from 1943 — hint at a queer sensibility; and he had already begun to develop ever-lavish, operatic set pieces with historical sweep, such as in “Senso” and “The Leopard.” But with “The Damned,” Visconti embarked on a series of films that quietly wrestled with his own conflicted feelings about sexuality and class, and at the same time illustrated the twilight of the monarchy, of the aristocracy and, eventually, of Germany itself.

But in reverse: He begins at the end, as if the trilogy were a whodunit, influenced throughout by Thomas Mann and Richard Wagner. (Not for nothing is the Italian title of “The Damned” “La Caduta degli Dei” — “Twilight of the Gods,” the same name given to the finale of Wagner’s “Ring” cycle.) The gods here are the members of the von Essenbeck family, industrialists whose decline simultaneously paves the way for World War II.

They are introduced — after a credits sequence of brassy melodrama and imagery reminiscent of Wagner’s fiery Nibelheim, where the ruinous gold ring is forged — in 1933 during a birthday party for the patriarch at their ornate and expansive family home, first shown through the eyes of the lower-class people who make it run.

Between the scenery and the sounds of Bach wafting from a distant room, an older way of German life is established, then followed by a drag performance in which a grandson, the young Martin (Helmut Berger, Visconti’s lover), channels Marlene Dietrich in “The Blue Angel,” much to the family’s disgust. But he is interrupted by the announcement that the Reichstag is burning. Selfishly and obliviously, he continues until he is again cut off. “They could have chosen a better day to burn the Reichstag, right, Grandfather?” he responds.

That grandfather is murdered the same evening, and what follows is a “Macbeth”-like melodrama of opportunism, murderous scheming and sexual deviancy; Martin, though coded as gay, also molests young girls and, in the film’s appalling climax, rapes his mother into a catatonic state. By the end, the von Essenbeck company’s leadership falls to Martin, who is all too ready to cooperate with the Nazi regime, while his mother and her lover marry then take cyanide together — a scene that recalls the deaths of Adolf Hitler and Eva Braun.

But among those horrors is a sequence that ended up censored and is presented in its original form in the Criterion release: a dreamy and homoerotic recounting of the Night of the Long Knives, Hitler’s purge of the paramilitary brownshirts. At a Bavarian lake hotel, they pass an orgiastic evening of folk songs, beer and increasing nudity before retreating to rooms for gay sex, but only deep into the night — as if they were Wagner’s lovers Tristan and Isolde. Indeed, the camera cuts to one of the von Essenbecks, Konstantin, barking through that opera’s “Liebestod” (“love-death”) at a piano. When they are all massacred in the morning, a member of the SS remarks “Alles tot,” or “all dead,” a line that also appears in the final scene of “Tristan.”

A kind of liebestod ends “Death in Venice” (also available from Criterion), an adaptation of Mann’s novella that makes more literal its forbidden desire. Visconti changed the protagonist, Gustav von Aschenbach (Dirk Bogarde), from a writer to a composer resembling Mahler. That composer’s Adagietto from the Fifth Symphony is the film’s musical soul: “Death in Venice” is virtually a silent movie, an opera of facial expressions by Aschenbach and coy returned looks from the boy he obsesses over as beauty personified, Tadzio. (He’s played by Bjorn Andresen, a Swedish teenager handpicked by Visconti in a disturbing audition shown in the recent documentary “The Most Beautiful Boy in the World”).

“Death in Venice” both satirizes and relishes upper-class Venetian tourism of the early 20th century, with a patient camera that settles, uncomfortably if nauseatingly, on an overdecorated hotel and its overdressed guests. Yet sequences there also carry a trace of elegy for a world soon to be erased by World War I, the kind of nostalgia of Wes Anderson’s “Grand Budapest Hotel.”

Aschenbach’s desire, like all homosexuality in the German trilogy, is doomed. In something of an operatic mad scene, he visits a barber who dyes his hair, powders him with ghost-white makeup and rouges his cheeks. His unrestrained passion compels him to follow Tadzio to his death, of cholera, as he watches the boy from his lounge chair on the beach, black dye streaming down his cheek in the heat. But it’s an ecstatic death, that of Isolde, unconsummated yet transfigured.

Wagner’s influence on “Ludwig” is even more explicit. He is a character in this sprawling psychodrama-as-biography about King Ludwig II of Bavaria (Helmut Berger again) — a movie presented in various cuts over the years, and in the restoration released a few years ago by Arrow Academy more complete than ever, running over four hours. The imagery of night versus day in “Tristan” also runs through the reign of Ludwig, who made that opera possible while also bankrolling Wagner’s spendthrift habits and extravagant ambition.

Ludwig appears to behave with childish petulance — hiding, after Wagner is expelled from Munich, in a dark room with a toy that projects rotating stars on the ceiling to a music-box rendition of the “Song to the Evening Star” from “Tannhäuser.” But he is more like Tristan, hiding in the world of night from what is expected of him in reality: monarchical duties, the expectation to marry.

Visconti’s film is primarily nocturnal, or shot in rooms with closed curtains and, in one case, an artificial grotto inspired by the “Tannhäuser” Venusberg. Instrumental arrangements from that opera follow Ludwig, like Mahler with Aschenbach, until the music fades, tellingly, after the death of his beloved Wagner.

The king becomes increasingly isolated, eating from a table in his bedroom that is raised and lowered through the floor so he doesn’t have to see his staff members, even though they are also the outlet for his gay longing. In a scene that echoes “The Damned,” Ludwig’s men gather for folk-fueled debauchery inside a hut modeled on the “Ring.”

Again, the sequence is long: elegiac, immersive and ultimately tragic. It is in scenes like this that Visconti is at his most brazenly queer. But he also relegates gay desire to that realm of night, and inextricably links it to Romanticism and decadence — the same kind that, the three films’ autopsy shows, put Germany on its inevitable path to destruction.