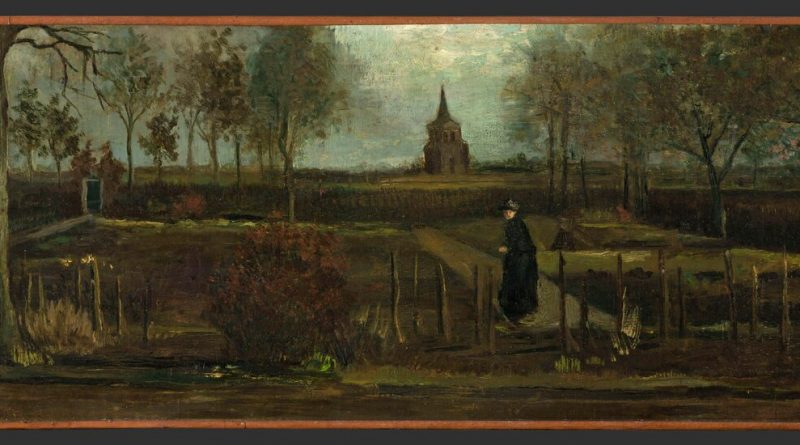 A three-judge panel in the Netherlands on Friday found a man guilty of stealing paintings by van Gogh and Frans Hals from museums in separate thefts and sentenced him to eight years in prison and a hefty fine.

The ruling by the Central Netherlands court did not name the 59-year-old man, from Baarn, who has been previously identified only as Nils M. in accord with Dutch privacy laws.

By taking the valuable paintings, the court said, the thief, who had served a previous five-year sentence for art theft, had deprived the public of part of their national cultural heritage.

The art works, the court said in a statement “are important for present and future generations. People have enjoyed them for hundreds of years. With the thefts, the man has not only deprived the museums of an enormous amount, but also society and the international public. They can no longer view and enjoy the paintings.”

The Baarn man’s lawyer, Renske van Zanden, said he would appeal against the decision.

Nils M. has denied knowing anything about the thefts of the paintings, which have not been recovered. But prosecutors said his DNA evidence was found at both scenes — on a broken picture frame at one museum and on a heavy-duty strap likely used in the getaway at the second — an occurrence that the court said he could not explain.

In its ruling, the court, described the defendant as an “incorrigible and calculating criminal,” and referred to the previous conviction — he had used explosives to blow open the door of a museum in Gouda to steal a 17th century gilded silver monstrance, or church vessel, in 2012. The court also emphasized the similarities between the two robberies last year. Both thefts occurred sometime shortly after 3 a.m., involved heavy force to break into the museums, and involved an accomplice who helped the thief get away on a scooter, prosecutors said. The accomplice has not been identified.

The van Gogh painting, “The Parsonage Garden at Nuenen in Spring,” was part of a temporary exhibition at the Singer Laren Museum, on loan from the Groninger Museum in Groningen, when it was stolen in March of last year. Security camera footage showed a man with a sledgehammer smash two glass doors of the museum and flee with the painting under his arm. The painting’s frame was left behind in pieces in the parking lot.

The Hals painting, “Two Laughing Boys with a Mug of Beer,” was stolen five months later, in August 2020, from the Museum Hofje van Mevrouw van Aerden, in Leerdam. The back door had been broken open and police found an orange tension strap tied to a flagpole in the garden outside the museum that prosecutors believe was likely used to lower the Hals or the thief down a nearby 10-foot wall to a waiting scooter.

In addition to the thefts of the paintings, the defendant was convicted of possessing a firearm and illegal drugs, which were found when he was arrested at his home in April.

The van Gogh had an insured value of 2.5 million euros, or about $2.9 million.

The court said the Hals was valued at 16 million euros, or about $18.7 million and that an insurance company would cover a bit less than half of the loss amount. The rest of the tab for the missing payment, the court said, was the responsibility of the defendant, who had been working in a garage to repair cars before his arrest.