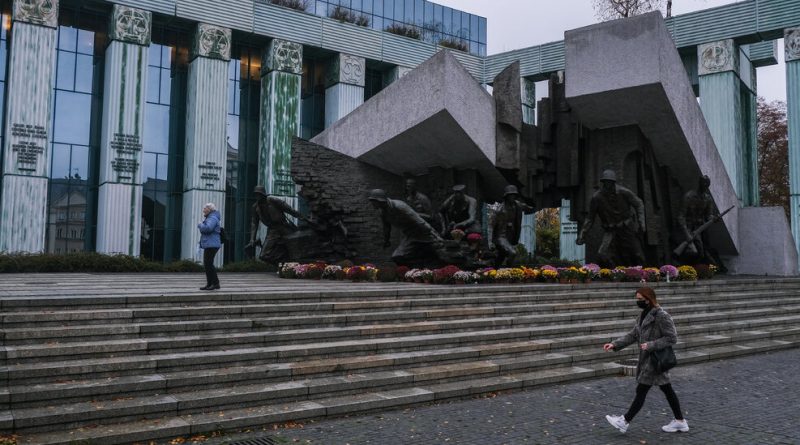 BRUSSELS — For the past few years, Hungary and Poland have repeatedly gone up against the long-established rules and values of the European Union, even though they are members.

They have challenged the supremacy of E.U. law and circumvented rulings from the bloc’s highest court. Brussels has responded with reprimands and warnings, but in Budapest and Warsaw, they have been received as empty threats.

Now, though, Brussels is using another tool at its disposal: money.

At a time when Europe is trying to recover from the pandemic, the European Union has withheld tens of billions of dollars in grants to Hungary and Poland, and Poland is looking at hefty fines for flouting decisions of the bloc’s highest court, the European Court of Justice.

For the European Union, the fight is an existential issue. For the bloc to function properly, all member nations need to obey the same principles. But Hungary and Poland are led by right-wing populist parties for whom defying Brussels has often made for good politics.

The two countries have now been hit by increased financial pressure from the executive arm of the European Union, the European Commission, which has long been frustrated by their repeated stymying of its legal efforts to counter their rule of law violations, particularly with regard to judicial system changes, press freedom and minority rights, over the past six years.

The European Commission acknowledged this month that it was withholding $42 billion in payments to Poland from an $857 billion coronavirus recovery fund because of that country’s challenges to the supremacy of E.U. law. The commission also said that it might cut more funding to Polish regions that have declared themselves “L.G.B.T-free zones.”

Payments of $8.4 billion from the virus fund to Hungary have also been frozen after the European Commission said that Budapest had not done enough to address corruption.

And both countries are at risk of losing even more money because of a mechanism agreed upon in December that ties all E.U. funds to rule of law standards like independence of the judiciary and anticorruption measures. The rules are already in force, but Hungary and Poland have challenged the mechanism in the European Court of Justice.

While those challenges trundle on, the commission has faced intense pressure from the European Parliament to use the mechanism against Hungary and Poland immediately.

Sophie in ‘t Veld, a Dutch member of the European Parliament, said, “This is a crucial phase in European integration, because if we prove to be unable to get all member state governments to respect E.U. law, then the whole thing will disintegrate.”

“We have to somehow break this deadlock” with Hungary and Poland, she added.

Last year, the commission blocked funding to several municipalities in Poland that had declared themselves “L.G.B.T. free.” The commission also started legal action against Poland on the grounds that such zones were contrary to E.U. values. This month, the commission sent a letter to governors of those regions saying that it was postponing further funding of around 130 million euros, or about $150 million.

The efforts appear to be having an effect: On Wednesday, the Polish Press Agency reported that one of the targeted regions was withdrawing its L.G.B.T.-free declaration because of the withholding of European funds.

Didier Reynders, the European Union’s justice commissioner, said in a recent interview that the bloc’s goal was to “install a real culture of the rule of law.” The democratic backsliding in Poland and Hungary is an opportunity to draw attention to the rule of law in all member states, he added.

To counter any accusations of double standards, the commission recently started evaluating the democratic standards of all member nations. But in countries where violations are more systemic, the reports have had little effect.

Poland drastically escalated the conflict in July by refusing to implement two decisions of the bloc’s top court effectively ordering the dismantling of a disciplinary “chamber” that critics say has been used by the country’s government to intimidate judges not to its liking.

Warsaw argued that national judiciary systems fell outside the scope of E.U. authority, in a direct challenge to the supremacy of the European court. The ruling was “unlawful,” Sebastian Kaleta, a Polish deputy justice minister, said in an interview, citing a recent decision by a constitutional tribunal in his country.

“The European Court of Justice is illegally expanding its jurisdiction,” Mr. Kaleta said. “These are not legal proceedings, but a political process.”

“Poland has a different ideological vision of the European Union, and we are being blackmailed because of that,” he added.

The Hungarian government said that the commission was withholding the money on political grounds. “E.U. funds are not aid-type donations, this money is due to Hungary, which should be provided by the European Union on a contractual basis, in the principle of mutual benefits,” said Zoltan Kovacs, secretary of state in the prime minister’s office.

Poland is not the only country to question the bloc’s legal order. Last year, Germany’s highest court made a similar challenge, arguing that the European court had exceeded its competence to rule on the legality of issuing European bonds.

For the European Commission, challenging the supremacy of E.U. law threatens the bloc’s core. According to Mr. Reynders, “If you want to have a union, you need to have the same E.U. law applied in the same way in all member states.”

The commission seems to have no intention of backing down, and has asked the European Court of Justice to impose hefty fines of up to $1.2 million per day on Poland. “It is normal that member states disagree with the commission,” Mr. Reynders said. “But when there is a final decision of the court, it is the end of the game.”

This week, Poland refused to cease operations at a coal mine located in Turow, in the country’s southwest, despite a daily fine of 500,000 euros, or about $590,000, that has been ordered by the European court. “We cannot allow ourselves to switch it off,” the Polish prime minister, Mateusz Morawiecki, said, adding that the “health and lives of Poles” were at risk.

Analysts say that legal action to address the rule of law violations is too slow to be effective.

“The real problem is that the commission is always too late,” said Sophie Pornschlegel, an analyst with the European Policy Center, a Brussels-based think tank. “Once liberties are prohibited in a country, it is really hard to go backward. So the E.U. is always one step behind.”

The commission says that procedures are slow because E.U. institutions themselves are bound by the rule of law, and cannot expedite legal cases.

Although Hungary has largely complied with the rulings of the European Court of Justice, respect for democracy and rule of law continues to deteriorate in the country, critics say.

“They pretend to implement the orders, but keep on passing new regulations against the E.U. law,” said Laurent Pech, a professor of European law at Middlesex University in London. “They want to wear down critics through a tsunami of legislation. Then the damage is done.”

That is why the strategy of withholding the funds might prove to be more effective, analysts say.

“There is a momentum building up,” Professor Pech noted. “Many people have had enough excuses from the commission and the council, and Poland and Hungary burned enough bridges.”