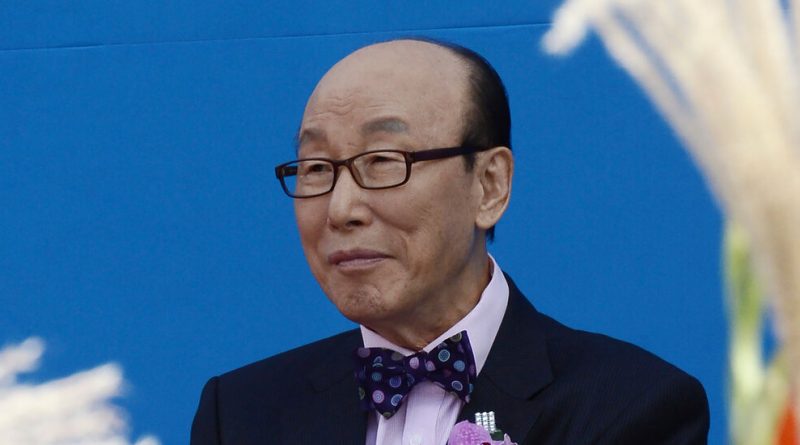 SEOUL — The Rev. Cho Yong-gi, the charismatic founder of one of the world’s largest megachurches whose preaching of “can-do positive thinking” helped fuel the explosive growth of Christianity in war-ravaged South Korea, died on Tuesday at a hospital in Seoul. He was 85.

Mr. Cho, an emeritus pastor at the Yoido Full Gospel Church, had been hospitalized for more than a year after suffering a cerebral hemorrhage, the church said in a statement.

The church, which once claimed a congregation of more than 800,000 worshipers, has shrunk since Mr. Cho retired a decade ago, and he and other leaders were later mired in allegations of scandal.

But it is still the largest church in South Korea, with more than 570,000 people attending services, at the main building on Yoido Island on the Han River, which bisects Seoul, as well as at five sanctuaries scattered around the capital city. Separately, hundreds of smaller churches affiliated with Yoido Full Gospel operate in South Korea and around the world.

In the backdrop of Mr. Cho’s life, South Korea saw a rapid transformation from a war-torn agrarian country into one of the world’s wealthiest economies. The industrialization was accompanied by a growth of Christianity, which became the largest religion in South Korea, supplanting Buddhism, Confucianism and shamanism.

Yoido Full Gospel and a handful of other churches accommodated millions of people who migrated from rural South Korea to big cities, especially Seoul, in search of jobs and a sense of belonging.

“The Rev. Cho was a symbol of the megachurch boom in South Korea,” said Hwang Gui-hag, an author of several books on Christianity in South Korea and the editor in chief of the Seoul-based Law Times, which specializes in church news. “He has helped globalize the South Korean church, too.”

The South Korean megachurches had a penchant for expanding abroad. South Korea, which is about 28 percent Christian, has long been one of the world’s biggest sources of missionaries.

But like some of the other megachurch founders of South Korea, Mr. Cho’s legacy became tainted by corruption scandals and internal squabbles within his family and his organization. In 2017, he was found guilty by the South Korean court of breach of trust and embezzlement, though he received a suspended sentence and avoided prison.

Mr. Cho was born in 1936 in Ulju, in southeastern South Korea, when the Korean Peninsula was still a colony of Japan. He was a student of a vocational high school in Busan, a southern port city crowded with refugees of the Korean War, when he became ill with tuberculosis. He has said that his miraculous recovery came with a religious awakening. He was also influenced by Kenneth Tice, a Pentecostal Assemblies of God missionary from the United States.

Mr. Cho and Choi Ja-shil, a Pentecostal pastor who would later become his mother-in-law, started a church in a Seoul slum under a tent that had been discarded by the U.S. military in 1958. There were only five members on the church’s first day, three of whom were Ms. Choi’s relatives. Another was an old woman who came into the tent to avoid the rain.

But soon, Mr. Cho and Ms. Choi drew worshipers as word spread that they could heal the sick at a time when millions lived without access to medical services. Mr. Cho also preached “hope” and “positive thinking,” convincing people struggling under postwar penury that religious faith would bring three rewards: wealth, health and spiritual comfort.

In 1973, to accommodate his growing congregation, Mr. Cho opened the church building in Yoido, which was then an undeveloped island. (The island is now home to the country’s National Assembly and top financial institutions.) By 1993 the church had 700,000 worshipers and was recognized by Guinness World Records as the largest congregation. The church continued growing as Mr. Cho divided Seoul into several proselytizing sectors, assigning deputies to each one.

Mr. Hwang said that when he was studying in Canada in the 1990s, he was surprised to learn that more Canadians had heard of Mr. Cho than the South Korean president.

Mr. Cho also started charity programs for the needy, including raising money for children with heart diseases. His $17 million plan to build a hospital for patients with heart ailments in Pyongyang, the North Korean capital, is on hold as relations between the two Koreas remain tense over the North’s nuclear weapons program.

Mr. Cho is survived by three sons. His wife, Kim Sung-hae, who once led Hansei University, a church-affiliated school, died in February.

By the time he retired at age 75, Mr. Cho saw his church empire plunging into a series of scandals, as once-loyal elders from his church accused him and his family of embezzling church funds and demanded reform. His family was also accused of dominating key posts at the church and at church-affiliated organizations, including Kukmin Ilbo, a daily newspaper.

“There is an end to our life,” Mr. Cho said in a frail voice during his final sermon in July 2020, shortly before he was hospitalized. “When our life ends in this world, everyone must stand before God for judgment. So the most important thing you can do in this world is to believe in Jesus Christ and win your salvation.”