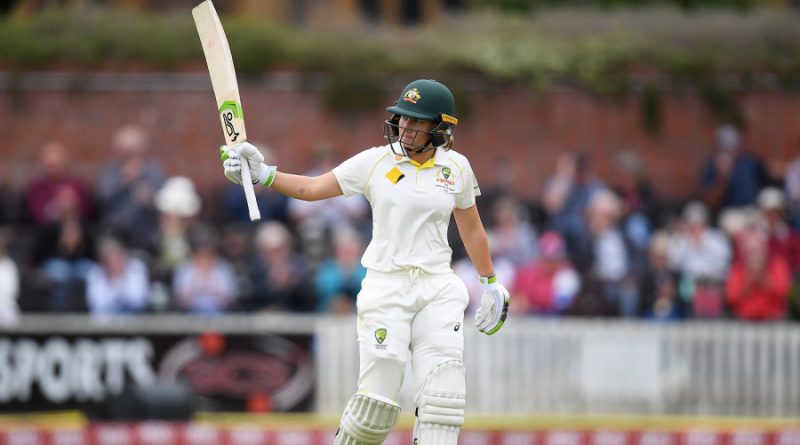 
Alyssa Healy is looking towards Rohit Sharma for a formula to find cross-format success opening the batting as she prepares for the multi-format series against India that will include a pink-ball Test.

Healy, who has played four previous Tests, admitted it will be a challenge to prepare for the format amid the condensed series with the additional elements of the game being day-night plus a venue they haven’t played at before in Metricon Stadium adding to the uncertainty. There has already been an emphasis on the Test with Australia’s first post-quarantine training session being against the pink ball.

Australia were part of the previous day-night Test, against England during the 2017-18 Ashes, where Ellyse Perry made a double century at North Sydney Oval during which Healy was part of a 102-run stand.

For her first three Tests, including that game against England, Healy batted in the middle-order but the last time Australia took the field in the format, during the 2019 Ashes, Healy was promoted to open which brought her a maiden Test half-century and it appears likely she will continue in the role.

In that game Healy opened with Nicole Bolton who is no longer part of the set-up so a new opener will need to be found with either Rachael Haynes or Beth Mooney the likely options.

“It’s a tricky one because I’ve only played four Tests so I wouldn’t say I’m overly comfortable with how to play or how to approach a Test,” Healy said at a Fox Cricket launch event for the series. “From my point of view, I don’t think it’s going to change too much from my one-day international batting. I think the ability to give yourself more time is such a blessing.

“I look at the modern Test game and see how it’s changed quite a lot. I watch a lot of the men’s cricket and I look at someone like Rohit Sharma who is one of the most devastating white-ball batters in the world and yet he’s a really successful opener in Test cricket. So for me, I said look at somebody like him and think about how he translates those skills across all the formats, could I potentially replicate that somehow?”

Healy, who has faced some spicy pre-season nets against her New South Wales team-mates Stella Campbell and Maitlan Brown, is prepared for the need to adapt quickly during the multi-format series, both in terms of the conditions on offer at Mackay (ODIs) and Metricon (Tests and T20Is) and in terms of what India will throw at them.

The teams have had some see-sawing battles in recent years, most notably at the 2017 ODI World Cup where India dumped Australia out in the semi-final and then last year’s T20 World Cup where India took the opening match, on the back of Poonam Yadav‘s spell, to throw the group stage wide open before Australia claimed the historic final with a huge victory.

Yadav did not play the Test against England earlier this year and was not at her best in the limited-overs matches although found more rhythm as the series went on.

“Sometimes a bit of the unknown and the unpredictable nature of India makes them incredibly dangerous. They’ve picked a few new players that we haven’t seen before on this tour,” Healy said. “So they always love throwing something new at us, even if it is Poonam Yadav, she always has something new to throw at us, just to kick us off track again.”

The Test match will be just the second between the teams in 30 years – the previous one came back in 2006 – and with an Ashes Test to follow in January, Healy hoped the format could find a regular place in the Australia calendar.

“The boys have their designated Test match spots every summer,” Healy said. “Look at the Boxing Day Test, we know it’s going to be on December 26 and everyone goes to the Test. I would love to see the same thing happen for us every summer. Imagine, November 1, Australia are playing a pink-ball Test at North Sydney Oval against whatever the opposition might be.

“Obviously it’s a pipe dream and I’ll do whatever I can to keep pushing that point forward, but at least for the minute it’s great that the conversations are being had and that there’s three international sides that are willing to play the Test game because I think it’s a great thing for us.”

Australia will play an intra-squad game on Thursday – “one of the most competitive games of cricket that you’ll ever find,” Healy said – before facing India in a warm-up match on Saturday ahead of traveling to Mackay.