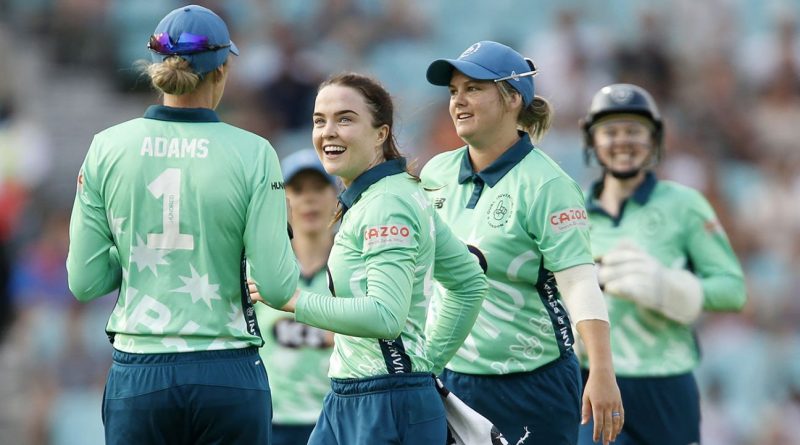 Not sure if that was the intention, but the Hundred’s new playing conditions have a utility beyond the laughs. With the exception of a two-run penalty for a no-ball – which has been a feature of English domestic cricket – they are almost all geared to help the bowlers, the marginalised of the two participants in games of cricket. They will also make the fielding captain’s role more instrumental.

The advantage is admittedly not massive, and the batters will eventually catch up as they keep getting stronger and better, but anything is welcome in a format that keeps shrinking further and further for a bowler.

Shorter Powerplay
This should offset the no-ball penalty. Fifty-three no-balls were bowled in 60 matches in last year’s IPL. So let’s assume there is one no-ball bowled every match. Adding that extra run is not that big a punishment, but a shorter Powerplay is a huge incentive. The Powerplay in the Hundred is only 25% of the innings as against 30% in old-school T20 cricket. That’s one over fewer in a normal T20.

Tens = good for captains and bowlers
Imagine MS Dhoni being allowed to bowl Deepak Chahar’s quota out in the Powerplay (no disrespect to Chahar’s emergence as a decent death bowler too). Or if for a certain match, Rohit Sharma could keep all of Jasprit Bumrah’s deliveries for the death. They could if they were captaining in the Hundred.

The scope this gives bowlers and captains is immense. Imagine Dhoni walks in, and you have the option of bowling 10% of the innings from Sunil Narine without a break then and there. Dhoni strikes at slightly over 50 against Narine. And you don’t get away by playing a dot at the fifth ball; you are on strike for the start of the next five. The bowler, on the other hand, doesn’t have to nominate a “ten” at the start. So if a match-up gets away from him on the fifth ball, he can stop at five.

Analysis will come in as the database continues to build, but it breaks the templates that T20 cricket has fallen into and that can’t be bad.

Shorter “overs”
Fives, as the umpire calls in the Hundred. Batters say they try to hit the first ball of a new over big to put the bowler under the pressure, but you also hear so often how a bowler has failed to get out of an over. The longer an over is, the more a batter gets a chance to line the bowler up. Perhaps in Test cricket you want it to be longer to set a batter up, but mostly in T20s, you are trying to get out of it without significant damage. The fewer the balls to constitute a mandatory set, the easier for a defensive bowler to get out of it without late damage.

Of course batters will adjust and start treating the fifth ball as they do the sixth in other T20s, but it will take some time. Can’t be a bad thing.

Last ball of the penultimate over is not a free hit
A team is seven or eight down. A tailender is batting with a specialist batter. Seven balls to go, the tailender on strike, and you often hear commentators say this is basically a free hit. If you connect, great; if you don’t, at least the specialist batter is on strike for the last over.

Not in the Hundred. The end changes only every two sets of fives. So at the end of the 19th five, the tailender will have to actually take a single to turn the strike over. Or keep facing.

New batter always on strike
Oh, so what if they sky one up and cross? Nope. Unlike in all other cricket, if a batter is out caught, it doesn’t matter if the batters in the middle crossed over. The new batter will be on strike. It might not sound as much to you, but ask a bowler who has forced or coaxed a batter to hit to his deep fielder but doesn’t get the luxury of bowling a new batter next ball because they crossed while the ball was in the air.

One dampener
For wides, the umpires have been instructed to “apply a very strict and consistent interpretation of this Law”. The umpires hopefully will continue to use their discretion to allow wide yorkers, especially to batters who move around in the crease. Also it does defeat the purpose a little bit: the more the number of wides, the longer the match goes on.

Sidharth Monga is an assistant editor at ESPNcricinfo