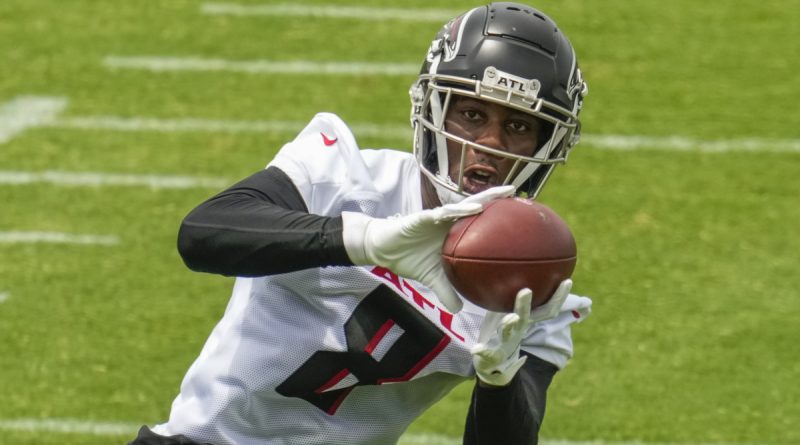 The summer is here, meaning we’re getting closer to the start of fantasy football drafts. Success in those drafts will come from landing terrific bargains in the middle to late rounds while avoiding players who could see their numbers decline compared to 2020. However, that latter exercise isn’t easy, especially in the case of players who are among the elite at their position or are coming off breakout seasons in the stat sheets.

Based on those parameters, I’ve already broken down the likes of Justin Herbert, Alvin Kamara, Derrick Henry, and Saquon Barkley (among many others, as you’ll see in the links below) in my “The Fantasy Case Against” series heading into 2021 fantasy drafts.

The Fantasy Case Against …

However, fantasy managers also need the 411 on rookies entering the league in prominent roles at the next level. I’ve already examined Zach Wilson and his potential value for managers in dynasty formats, not to mention his teammate, Michael Carter, as well as Bengals wideout Ja’Marr Chase. Now, let’s take a look at the top tight end in the 2021 draft class and the most hyped rookie at his position maybe ever, Kyle Pitts.

Pitts is considered one of the best tight end prospects to come out of college in the last decade or more. The word “generational” is often used to describe him, and he’s drawn comparisons to Tony Gonzalez and Travis Kelce due to his skills and abilities. Pitts led all tight ends with 770 yards, averaged 17.9 yards a catch, and scored 12 touchdowns in his final season at Florida, and he did it all in just eight games. In his final 21 contests with the Gators, Pitts put up a combined 97 catches, 1,419, and 17 touchdowns.

A big target at 6-foot-6 and 246 pounds, Pitts is a wide receiver in a tight end’s body. He’s athletic, possesses good route-running skills and hands for a player of his size. A versatile receiver, he can line up in-line, at H-back, and on the inside and outside. Pitts was so good in college that he earned a 96.1 grade from Pro Football Focus. That’s the best grade their scouting department has ever given out to a collegiate tight end.

The trend of rookie tight ends putting up poor numbers is, well, discouraging. In the last 20 years, not a single player has scored 175-plus fantasy points. What’s more, only two (Evan Engram – 2017, Jeremy Shockey – 2002) have scored more than 170 points as rookies. Just one other tight end, Rob Gronkowski (2010), had more than 150 points.

Digging a little deeper, just 10 rookie tight ends have scored at least 120 fantasy points over the last 20 years. That is a very small percentage, and scoring 120 points in a single season will not result in a high finish among your fantasy peers.

Now, let’s take a look at the tight ends selected in the first round of the NFL draft since 2010. In that time, nine players have been picked who scored at least 2.5 fantasy points (I wanted to use as many first-round players as possible for this exercise). Just one (Engram) finished higher than 16th in terms of fantasy points—one.

Furthermore, Engram is the lone rookie tight end since 2011 to average more than 8.2 points a game. He put up 11.6 in his first season with the Giants. The tight end who had the second most was Jermaine Gresham, and he finished as the TE16 as a rookie.

Now, let’s extend the research to all rookie tight ends regardless of round (that’s 168 players). Just three averaged double-digit fantasy points as rookies, including Engram (2017), Jordan Reed (2013), and Aaron Hernandez (2010). Reed missed seven games as a rookie, so his totals aren’t all that complete. Gronkowski was close at 9.7 points a game, but no one else averaged over 8.9 points in their rookie campaign.

Arthur Smith will be calling the plays in his first season as an NFL head coach, which is good news for the value of many of Atlanta’s prominent offensive skill position players.

The Titans threw the football just 49.5 percent of the time last season, however. That isn’t a surprise on a team that features Derrick Henry. The Falcons have Mike Davis, an adequate back but not close in talent or value to the former Alabama star. Based on the presence of Calvin Ridley and the addition of Pitts in their pass attack, I’d suggest the Falcons could move into the mid-50s in terms of pass percentage in 2021.

A former tight ends coach, Smith likes to incorporate the position in his offense. As a result, players like Delanie Walker and Jonnu Smith have had some level of success. That’s good news for Pitts, especially after the Falcons dealt Julio Jones to the Titans.

Pitts is considered the best tight end prospect to come out of college in a long time, and the fact that Atlanta moved Jones means they’re going to give him a ton of targets. He’ll have to be heavily involved if he wants to meet expectations, which are sky-high in the world of fantasy football. In fact, Pitts will likely have to average more targets per game than any rookie tight end drafted in the top three rounds since 2010 to be a success.

The rookie tight end in that group with the most targets was Engram at 7.7 a game. The good news for Pitts is that Jones left behind nearly eight targets a game from 2020, so the opportunities should be there for him to play a major role in the Atlanta offense.

The bad news is that Pitts will have to be a top-10 tight end (at worst) to be considered a success, and only Engram has accomplished that feat since 2010. As you can tell, it’ll be a tough mountain to climb for the Florida product. He’s either going to shine and be well worth a top-60 pick, or he’ll join that long list of disappointing rookie tight ends.

Based on the expectations, there’s no in-between.

I cautiously have Pitts ranked fifth among tight ends, on the same tier as guys like T.J. Hockenson and Dallas Goedert. I do this well aware of the negative trends of rookie tight ends, knowing that Pitts could end up being a huge bust if things go sideways. Still, his bananas skill set and the fact that Atlanta has open targets in the offense after the trade of Jones makes Pitts worth the risk if he falls out of the top five rounds.

His current average draft position (ADP) at the Fantasy Football World Championships is 60.3, so he’s right on the board of the fifth and sixth stanzas. It’s exciting to draft a talented, young player with such hype around him, but beware that Pitts can just as easily become a massive flop instead of a breakout player who leads fans to a title.

Michael Fabiano is an award-winning fantasy football analyst on Sports Illustrated and a member of the Fantasy Sports Writers Association (FSWA) Hall of Fame. Click here to read all his articles here on SI Fantasy. You can follow Michael on Twitter, Facebook, YouTube, and Instagram for your late-breaking fantasy news and the best analysis in the business!