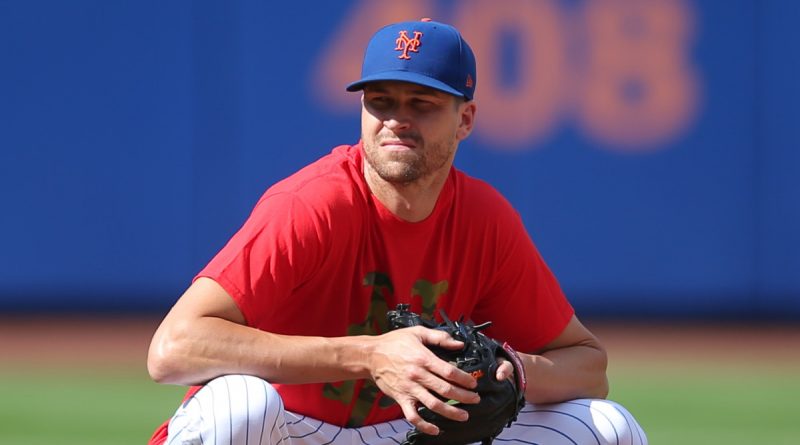 Welcome to The Opener, where every weekday morning you’ll get a fresh, topical column to start your day from one of SI.com’s MLB writers.

For much of the 2021 season, Jacob deGrom’s assault on National League hitters has led to talk that he would not only win his third Cy Young Award, but he also had the inside track at becoming just the third pitcher in the last 29 years to be named MVP. Following the Mets ace’s latest stint on the injured list, that discussion is now shrouded in uncertainty.

deGrom is on the IL with forearm tightness, and though no timetable for his return has been set yet, he was seen playing light catch at Citi Field on Wednesday. We’ve been down this road before, unfortunately, but at this point in the calendar, it’s fair to start doing some math and wondering how many more starts deGrom would have to make in order to remain atop the list of the Cy Young contenders.

deGrom has thrown 92 innings this season, which is below the minimum needed to qualify for the ERA title (the MLB rules state a pitcher must have at least one inning per game played by his team). Since the award’s inception in 1956, no starting pitcher has won it while falling below that threshold. Below are the fewest innings pitched by starting pitchers who won the Cy Young Award:

The sub-100 totals from Bauer and Bieber obviously came as the result of last year’s 60-game season. Sutcliffe was traded from an AL club in Cleveland to the Cubs in the middle of the 1984 season, and finished the year with 244.2 total innings. The 1994 season was infamously cut short due to the players’ strike that resulted in the cancellation of the World Series. Snell’s 180.2 innings are the fewest for a Cy Young Award-winning starting pitcher during what would be considered a “normal” season.

Let’s say the best-case scenario unfolds and deGrom misses just a couple more turns in New York’s rotation, then stays healthy the rest of the year. That would leave him with about 12 more regular season starts on regular rest. If he then averages 6.13 innings per start as he has so far this season, that would get him to 166.2 innings. That would qualify him for the ERA title, but only just.

Falling below the 162-inning threshold does not preclude a starting pitcher from contention, of course, especially one as dominant as deGrom has been. Chris Sale threw 158 innings in 2018 and finished fourth in the voting, while Clayton Kershaw came in fifth place in 2016 despite logging just 149 innings. Even if deGrom’s final total falls in that range, his production to date all but ensures he’d be high on voters’ ballots.

But his absence does open the door for a strong group of contenders who have an opportunity to make up ground. Here’s the shortlist of aces who would be in the best position to take home some hardware if injury removes deGrom from the race.

With deGrom falling short on his innings requirement, it’s Gausman (117.2 IP) who leads the majors with a 1.84 ERA. The right-hander ranks second in the NL in WHIP (0.85) and in batting average against (.161), and has allowed two runs or fewer in 17 out of 19 starts so far this season. Gausman has enjoyed a career year on the strength of his splitter, which has been the second-most effective pitch in all of baseball according to Statcast’s run value metric. Opposing hitters are slugging a microscopic .154 against the pitch so far, with a 49.6% whiff rate. Fastball effectiveness has long been Gausman’s downfall, but not so this year: opponents are batting a meager .194 against the pitch this season.

Since 1980, 16 qualified pitchers have finished the season with an ERA of 1.90 or better. All but four of them won the Cy Young Award, so Gausman would have the odds in his favor if he’s able to keep up his blistering clip.

Like deGrom, Burnes is also on the low end of the pack with 96 innings pitched this season, though he’s at least currently healthy. Burnes turned in perhaps his best outing of the season in his most recent start, striking out 12 Reds over 8.1 scoreless innings. Each pitch in the right-hander’s arsenal has been effective so far, but none more so than his cutter. Burnes throws it 52.4% of the time with a 95.4 mph average velocity, using his curveball and slider as his putaway pitches. The 26-year-old is the most difficult pitcher to square up, allowing the fewest barrels (seven) of any qualified starter. Burnes leads the majors with a 1.32 FIP and an 8.75 strikeout-to-walk ratio, which would be the eighth-highest single-season mark of all time. Of the seven pitchers ahead of him, only one won the Cy Young Award: Pedro Martinez in 2000.

Burnes has plenty of competition on his own staff (and that’s without even mentioning fellow All-Star Freddy Peralta). Woodruff leads the NL with a 0.83 WHIP and a .220 wOBA and is second to Gausman with a 2.04 ERA. His fastball has been his bread and butter so far this season, with an opponents’ batting average of .127 that ranks as the lowest among starting pitchers. Few pitchers have been as effective as Woodruff over the last two seasons: in 32 starts, the 28-year-old has 228 strikeouts and a 2.43 ERA in 192.2 innings.

Wheeler has been a workhorse for Philadelphia, leading the majors with 125.2 innings pitched. He’s allowed the lowest average exit velocity (84.6 mph) in the NL, and his 2.35 FIP ranks second among qualified starters behind only Burnes’ 1.32 FIP (deGrom’s is 1.24). Wheeler can continue to help his case if he maintains his lead for the NL strikeout crown—he’s averaging nearly 11 punchouts per nine innings, easily the best mark of his career. While Wheeler’s rate stats are elite, they’re a tick behind his primary competition for the award. His workload advantage is a plus, and in an era when fewer and fewer pitchers are reaching the 200-inning mark, voters could place a premium on that when filling out their ballots.

The field of stand-out starters in the NL is deep, and deGrom once held a sizable lead. If an extended absence makes him fall back to the pack, the race for the hardware could be one for the ages.