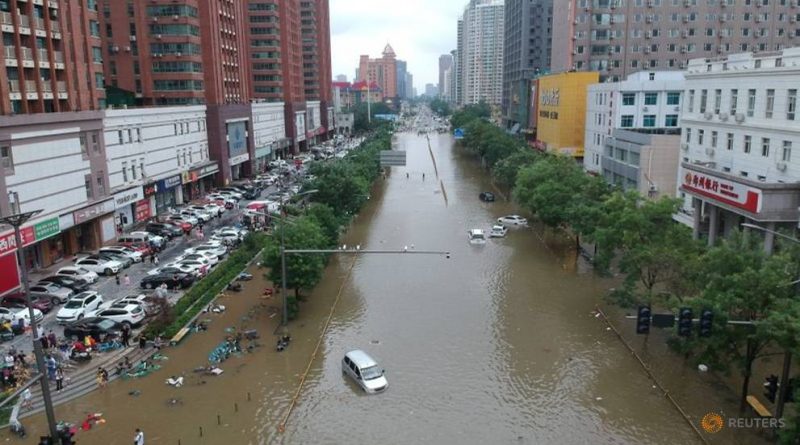 BEIJING: The Chinese government ordered local authorities to immediately improve urban transit flood controls and emergency responses on Thursday (Jul 22) after a dozen people were killed in a submerged subway amid torrential rains that continue to lash central China.

About 25 people have died in central Henan province, including the 12 trapped in the subway, where rains were persisting for a sixth day and spreading north to neighbouring Hebei province.

The Ministry of Transport said local authorities must immediately re-examine and rectify all hidden risks on rail transit.

“They must take emergency measures such as suspending trains, evacuating passengers, and closing stations in atypical situations such as excessively intense storms,” the ministry said.

Hundreds of people were pulled to safety earlier this week from the flooded subway in Henan’s provincial capital of Zhengzhou, a city of 12 million people about 650km southwest of Beijing.

About 617.1mm of rain fell in Zhengzhou from Saturday to Tuesday, almost the equivalent of the city’s annual average of 640.8mm

Public scrutiny has also fallen on the timeliness of weather bulletins provided by local meteorological services.

The provincial weather bureau told state media it had issued a report warning of the coming torrential rains two days in advance.

Since Monday evening, meteorological departments from the provincial down to the county level have sent out 120 million text messages to mobile phone users warning them of the storms, the Henan weather bureau said.

On Wednesday evening, two people died after a tornado hit Baoding, a city in Hebei province about 140km southwest of Beijing.