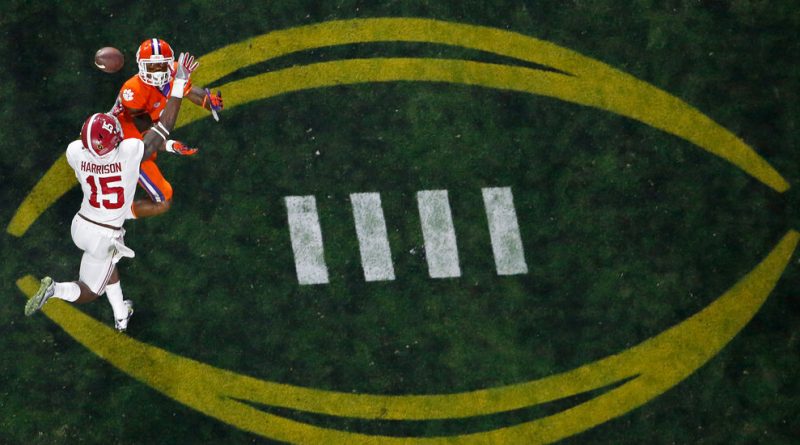 Under the proposal by the working group, which will be considered next week during a meeting of the larger playoff management committee, the six highest-ranked conference champions would be included in the field, as well as six more teams with the highest rankings, regardless of whether they won conference titles. No conferences would be guaranteed a bid, and the playoff would continue to rely on a selection committee to rank teams.

It is not clear when the new strategy, if approved, would take effect, though changes are not expected for the next two seasons. Had the proposed system been in place for the 2020 season, the playoff would have included Alabama, Cincinnati, Clemson, Coastal Carolina, Florida, Georgia, Indiana, Iowa State, Notre Dame, Ohio State, Oklahoma and Texas A&M. Instead, the playoff featured only Alabama — the eventual champion — Clemson, Notre Dame and Ohio State.

Just in April, the playoff said that members of the working group continued “to support and believe in the four-team playoff as it is currently constituted,” but that they were studying at least 63 models for the future. Those possibilities included fields of six, eight, 10, 12 and 16 teams.

The N.C.A.A., which governs the lucrative Division I men’s basketball tournament, does not control the playoff. Instead, commissioners of the Football Bowl Subdivision conferences and Notre Dame’s athletic director largely run the competition, with ultimate power vested in a group of 11 university presidents and chancellors.

If the commissioners advance the proposal next week, the presidents and chancellors could decide as soon as this month to approve “feasibility assessments” and other planning steps toward an expanded playoff. They would likely review the results during a meeting planned for September.