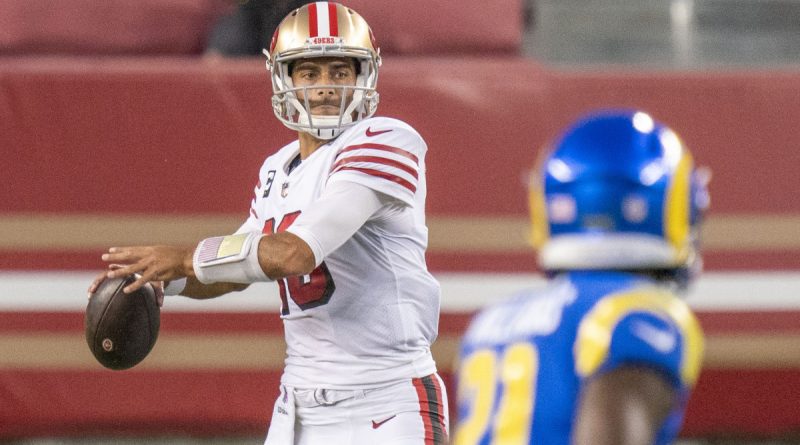 Appearing on the Keyshawn, JWill and Zubin show on ESPN Radio, Garoppolo spoke publicly for the first time since the 49ers traded up to No. 3 and used the selection on Lance.

“It’s kind of coming full circle,” Garoppolo said. “You go through this NFL career and you start as a young guy coming in. Tom [Brady] kind of showed me the ropes. The competition between us was awesome. It really made me grow as a rookie and as a young player. So, that’s kind of what me and Trey, we’ll mold our relationship into that. But it will happen naturally. It’s one of those things you can’t force anything. Just let it come as it may.”

Garoppolo has a no-trade clause in his contract, which limits potential suitors who might be interested in the veteran quarterback. However, the 49ers also appear to be prepared to keep Garoppolo heading into the 2021 season.

“When he’s played, we’ve won,” general manager John Lynch told The MMQB‘s Albert Breer after the draft. “We know we can win with him. And yeah, that made the whole decision in the first place hard. I think it gives us the best chance, first and foremost, to win. I feel like we have a team that’s ready to. As an ownership, to have that commitment to allow us to do this, it really makes for a good situation. That just gives us a chance. Then we’ve got to go do it. We’re excited.”

Lance attended North Dakota State and starred in 2019, his lone year as the team’s full-time starter. Hee threw for 2,786 yards and 28 touchdowns and added 14 scores on the ground.

“It’s hard to come into this league,” Garoppolo said. “I know how it was coming from an FCS school to the NFL. It’s a bit of an adjustment, the speed, whatever you want to call it, it’s just different. So, whatever I can do to help him, I’ll be more than happy.”