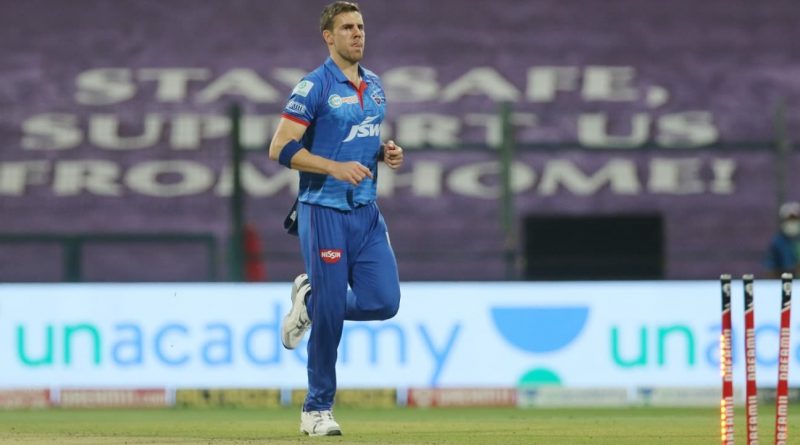 Fast bowler Anrich Nortje is out of quarantine after testing negative for Covid-19 and has been declared fit for selection for the Delhi Capitals’ next match, on April 18 against the Punjab Kings.

Nortje, who landed on April 6 in Mumbai, where the Capitals are playing their initial set of matches, had to spend an extended time in quarantine after a false positive test. He had flown business class in a commercial flight to India from South Africa immediately after the second ODI of the home series against Pakistan, and his quarantine period was meant to end on April 13, but the positive result meant he had to stay in isolation. As per IPL guidelines, Nortje had to clear three further tests before joining the Capitals squad. In a media statement on Friday, the Capitals said Nortje had cleared the required tests.

His compatriot Kagiso Rabada joined the team on Thursday following his negative test result and played the match against the Rajasthan Royals, a close encounter which the Capitals lost by three wickets.

Nortje was the Capitals’ second-best bowler and the fourth-best in the tournament last year, with 22 wickets in 16 matches. He also made headlines when he clocked 156kph during the match against the Royals last season, the fastest ball recorded in the tournament history.

The lack of training time is unlikely to bother Nortje considering he reached India on the back of a strong bowling performance, picking seven wickets in the two ODIs in the series against Pakistan in early April.