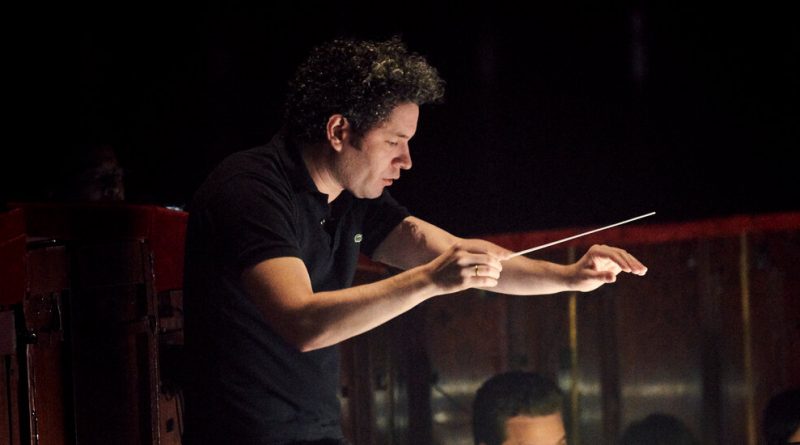 In a coup for the venerable Paris Opera, founded in 1669 by Louis XIV, the company announced on Friday that the superstar conductor Gustavo Dudamel would be its next music director.

The musical leader of the Los Angeles Philharmonic since 2009 and the rare classical artist to have crossed into pop-culture celebrity, Dudamel has led only a single production in Paris: “La Bohème,” in 2017. And while he has dipped his toe into the operatic repertory in Los Angeles, at the Metropolitan Opera and elsewhere, he has been largely known as a symphonic conductor.

But another big appointment will come as little surprise to those who have watched Dudamel rise steadily over the past 15 years. The new position is a milestone in the heady career of an artist who made his name as a wunderkind with orchestras in North and South America and who is now, at 40, taking the reins at one of Europe’s oldest opera companies. His tenure will start in August, for an initial term of six years, overlapping for much of that period with his position in Los Angeles, where his current contract runs through the 2025-26 season.

Dudamel — who was born in Venezuela in 1981 and trained there by El Sistema, the free government-subsidized program that teaches music to children, including in some of its poorest areas — occupies a unique position in music. He is sought by leading orchestras, including the Berlin Philharmonic and Vienna Philharmonic. But he also appeared in a Super Bowl halftime show; was the classical icon Trollzart in the animated film “Trolls World Tour”; is conductor of the score for Steven Spielberg’s upcoming film version of “West Side Story”; and inspired a messy-haired main character in the Amazon series “Mozart in the Jungle.” In 2019 he received a star on the Hollywood Walk of Fame.

His renown will surely be a shot in the arm for the Paris Opera, which like other arts organizations is warily eyeing the need to reintroduce itself to its core audience after the long closures of the pandemic, at the same time as it aims to capture new operagoers. Handsomely subsidized by the French government, the company — whose director, Alexander Neef, started last fall — has expanded its audience in recent years, but still faces the pressure of roiling debates about racial representation and the relevance of expensive-to-produce classical art forms.

It is no longer the norm — especially outside German-speaking countries — for opera music directors to start as pianists and singer coaches and work their way up through the company ranks, as Philippe Jordan, 46, Dudamel’s predecessor in Paris, did. While Dudamel lacks that preparation, he is not unknown in major opera houses. He made his debut at the Teatro alla Scala in Milan in 2006, when he was in his mid-20s, and at the Berlin State Opera the following year. He first appeared at the Vienna State Opera in 2016, and at the Met in 2018, with Verdi’s “Otello”; on Wednesday he finished a run of “Otello” in Barcelona.

In Los Angeles, he has contributed to the Philharmonic’s robust educational outreach, especially the Youth Orchestra Los Angeles, a program inspired by El Sistema that was founded in 2007. He also continues to hold the post of music director of the Simón Bolívar Symphony Orchestra of Venezuela, but after he criticized the government there in 2017, the country canceled his planned international tour with that ensemble.While he has not been able to perform with the Simón Bolívar since then, he still works with the ensemble remotely and has sometimes met outside Venezuela with groups of its players.

Dudamel’s appointment comes two months after the release of a report on discrimination and diversity at the Paris Opera, focusing on changes to the repertory, school admissions process and racial and ethnic makeup of its in-house ballet company.

Around the world, opera companies, too, have been called on to make their staffs, artistic lineups and repertories more representative. Alongside Ching-Lien Wu, the Paris Opera’s newly appointed (and first female) chorus master, Dudamel’s hiring is part of an effort to change the face of the company’s executive ranks and how it thinks about diversity and equity.