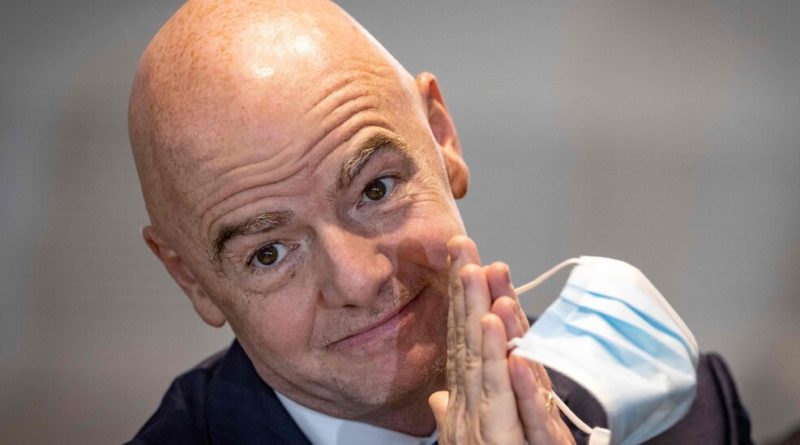 It reminds me of the time Gianni walked into a FIFA Council meeting and told the board to sign a document that would allow him to sell the Club World Cup to private investors (who turned out to be SoftBank). The members, led by European officials, wanted details. An internal audit found the event was worth considerably less than Gianni had suggested.

Now, back to the tweet: It turns out FIFA officials were surprised, too. Barbara González walked up to Gianni at the Confederation of African Football Congress and asked to have her photo taken with him. Five minutes later, she sent out the tweet. Now I’m not saying a league in Africa is a bad idea, but surely there must be a robust plan before such a major project is undertaken?

RS: If nothing else, you have to admire the chutzpah of that, not least because Infantino strikes me as precisely the sort of person who would fall for the old “as you were saying” ruse.

There does, as you say, have to be a robust plan: economically, of course, but in a sporting sense, too. The basic idea strikes me as sound. Certainly south of the Sahara, African club soccer struggles horribly for investment. That means that the vast majority of nations that produce a constant stream of players for European clubs rarely see any of that talent on show in domestic leagues. That, in turn, hardly entices fans to go and watch games live. And that completes a neat but vicious circle, because it means that, yes, clubs struggle horribly for investment.

A Super League would address some of those issues. A better television deal, if nothing else, would enable clubs to invest in infrastructure. That might help nurture young talent and keep it for a little longer. It doesn’t seem impossible to me that a Pan-African league might be able to rival one of the talent-generating leagues in Europe — the Netherlands or Portugal, say — for quality in a relatively short space of time.

Of course, there is one thorny issue that I haven’t yet had the nerve to bring up. I reckon I could come up with a fairly cogent list of 20 or so African teams that would have a good case for inclusion, thanks to history or support or location. But I am guessing that Infantino and CAF, which is now run by a staunch ally of his, might have a different system in mind?