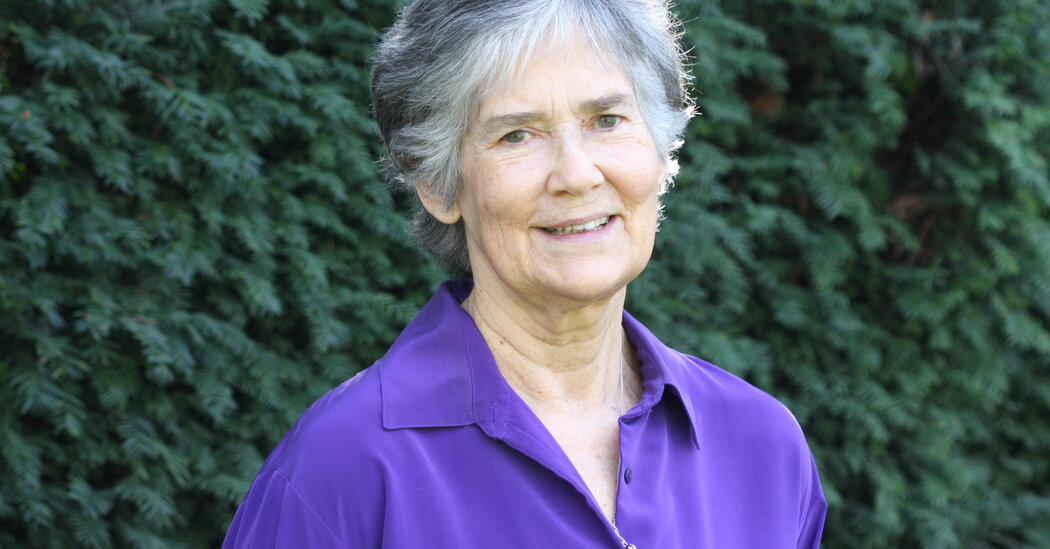 Diana E.H. Russell, a feminist activist and scholar who popularized the term “femicide” to refer to the misogynist killing of women, and to distinguish these killings from other forms of homicide, died on July 28 at a medical facility in Oakland, Calif. She was 81.

The cause was respiratory failure, said Esther D. Rothblum, a longtime friend and feminist scholar.

Dr. Russell studied and explored all manner of violence against women, including rape, incest, child abuse, battering, pornography and sexual harassment, and she was among the first to illuminate the connections between and among these acts.

As a daughter of white privilege growing up in South Africa, her rebellious instincts found an outlet in the anti-apartheid movement. Later, as a graduate student in the United States in the 1960s, she gravitated to the feminist movement and was one of the earliest researchers to focus on sexual violence against women.

Gloria Steinem said in an email that Dr. Russell had “a giant influence” on the women’s movement worldwide and that her writings had particular resonance now, “when we see the intertwining of racism and sexism that she wrote about so well and organized against.”

In a 1995 essay, “Politicizing Sexual Violence: A Voice in the Wilderness,” Dr. Russell described the seeds of her work.

“My own experiences of sexual abuse as a child and an adolescent have undoubtedly been vital motivators for my enduring commitment to the study of sexual violence against women,” she wrote.

“My research and activism,” she added, “exemplify how personal trauma can inform and inspire creative work.”

Over four decades, she explored these topics in more than a dozen books. If there was a through-line in them, it was her rejection of the common practice of victim blaming.

In “The Politics of Rape” (1975), she argued that rape is an act of conformity to ideals of masculinity. Rolling Stone called the book “probably the best introduction to rape now in print.”

In 1977, Dr. Russell surveyed 930 women in depth in San Francisco and found that more than 40 percent had been the victims of rape or incest — a much higher rate than other studies suggested. Those interviews led to a series of books: “Rape in Marriage” (1982); “Sexual Exploitation: Rape, Child Sexual Abuse and Workplace Harassment” (1984), and “The Secret Trauma: Incest in the Lives of Girls and Women” (1986).

Dr. Russell first heard the word “femicide” in 1974, when a friend told her that someone was writing a book with that title.

“I immediately became very excited by this new word, seeing it as a substitute for the gender-neutral word ‘homicide,’” she said in a 2011 speech.

She later found out that Carol Orlock was the author who had intended to write the “Femicide” book but had not done so. Dr. Russell said that Ms. Orlock was later delighted to hear that Dr. Russell was popularizing the term.

Dr. Russell changed her definition of “femicide” over the years, but in the end she described it as “the killing of females by males because they are female.” This covered a range of acts, including killing a wife or girlfriend for having an affair or being rebellious, setting a wife on fire for having too small a dowry, death as a result of genital mutilation and the murder of sex slaves and prostitutes.

Her definition also covered indirect forms of killing, such as when women are barred from using contraception or obtaining an abortion, often leading them to seek unsafe abortions that can be botched and result in death. Similarly, it covered women who died of AIDS after men had unprotected sex with them.

Dr. Russell first used the term publicly when addressing the International Tribunal on Crimes Against Women, a global event held in Brussels in 1976 and attended by 2,000 women from 40 countries.

Dr. Russell had conceived of and helped organize the tribunal. Among the speakers was Simone de Beauvoir, who hailed the gathering as “the beginning of the radical decolonization of women.”

Diana Elizabeth Hamilton Russell was born on Nov. 6, 1938, in Cape Town. Her father, James Hamilton Russell, was a member of the South African Parliament. He bought the South African branch of the advertising agency J. Walter Thompson, and was its managing director before and during his political career. Her mother, Kathleen Mary (Gibson) Russell, who was British, had traveled to South Africa to teach education and drama; when she married Mr. Russell, she became a homemaker and had six children but still found time to join the anti-apartheid Black Sash movement. (She was the niece of Violet Gibson, who had attempted to assassinate Mussolini in 1926.)

Diana was the fourth child and was born half an hour before her twin brother, David. She attended an elite, Anglican boarding school for girls, where the motto was “Manners maketh man.”

“I was raised to be a useless appendage to some rich white man and to carry on the exploitive tradition of my family,” she wrote in the 1995 essay.

Her mother wanted her to take classes in cooking and sewing, but Diana signed up instead for academic classes at the University of Cape Town. She graduated in 1958 with a bachelor’s degree in psychology when she was 19.

She left for England and studied social science and administration at the London School of Economics, where she was named the best student in the class when she graduated in 1961.

Back in South Africa, she joined the Liberal Party that had been founded by Alan Paton, the author of “Cry the Beloved Country” (1948).

During a peaceful protest, she was arrested and then made what she said on her website was “the most momentous decision I’d ever before made” — she joined an underground revolutionary organization called the African Resistance Movement, which sabotaged government property as a form of protest. She said she had concluded that “aboveground, nonviolent strategies would be futile against the brutal, white Afrikaner police state.”

But before long, she left for Harvard, earning her master’s degree in 1967 and her doctorate in 1970, both in social psychology. She then became a research associate at Princeton, where she wrote her dissertation on revolutionary activity. She has said that the “extreme misogyny at Princeton started me on my feminist path.”

She married Paul Ekman, an American psychologist known for his work on facial expressions, in 1968. He was teaching in San Francisco, and she took a teaching position at Mills College, a private women’s school in Oakland, to be near him. They divorced after three years.

“Divorce heralded the beginning of my creative life as an active feminist and researcher,” she wrote.

Dr. Russell stayed at Mills for 22 years. As a professor of sociology, she taught courses on women and sexism and helped develop a major in women’s studies.

As she delved more deeply into violence against women, she became a fierce opponent of pornography, a deeply divisive issue among feminists in the 1980s. Some felt it encouraged rape and abuse; other “sex-positive” feminists saw it as a free-speech issue and argued that pornography gave women sexual agency.

In her book “Against Pornography: The Evidence of Harm” (1994), Dr. Russell argued that pornography led to “pro-rape attitudes and behavior” and she became a founding member of Women Against Violence in Pornography and Media.

She lived in a collective in Oakland with several other women and a succession of rescue dogs. She is survived by her sister, Jill Hall, and a brother, Robin Hamilton Russell. Her twin brother, Bishop David Russell, died in 2014.

In her later writings, Dr. Russell said that her “radical feminism” had cost her job offers, grants and fellowships. Still, she said, she did not regret her failure to “serve the patriarchy” because her work had helped many women lift the veil of secrecy surrounding traumatic experiences.