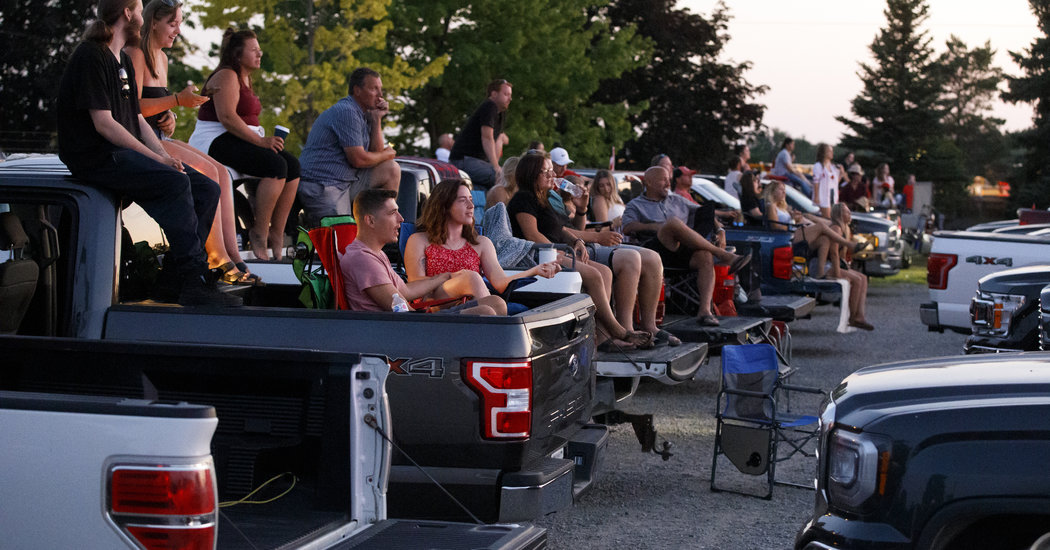 This year the hordes of visitors that usually flood into Ottawa for Canada Day were absent.

A smattering of spectators near Parliament Hill watched as a man preached through a megaphone in a not entirely comprehensible mix of English and French. Nearby, a small crowd watched motorboats slowly making their way through the locks of the Rideau Canal, the closest thing to Canada Day entertainment.

Most of those braving the coronavirus pandemic to join the festivities in the intense afternoon heat had one obvious thing in common. Few were wearing masks. Should they have been? Were they required to?

In Canada, masks haven’t become as political or as contentious as they have in the United States. But in Canada mask policies have their own problems: rules that are inconsistent and sometimes unclear. With limited federal or provincial regulations, it’s mostly fallen on municipal governments and regional health agencies to set their own rules, resulting in a hodgepodge of poorly communicated policies.

Good luck trying to sort them all out. The closest thing I found to a comprehensive resource was this map on the site of Masks4Canada, a group of doctors and medical researchers. Even so, it only covers Ontario.

On Friday, the map showed 51 different municipalities in the province with rules governing masks. Toronto joined that list this week.

As I wrote last week, you could be turned away for not wearing a mask at a service center along an Ontario expressway, only to find no such enforcement at an identical service center run by the same operator further down the highway.

Dr. Amy Tan, a family physician and an associate professor of medicine at the University of Calgary medical school, spoke with me about what she and the other organizers of Masks4Canada want to see.

“There’s a massive behavioral and culture shift that needs to happen,” she told me. “We’re really trying to say, as the economy reopens, we want you to do it as safely as possible, knowing that zero risk does not exist unless you continue with lockdowns.”

“But we are not calling for continual lockdown,” she added. “We know the economy can’t deal with it, and we know there’s actually non-Covid health risks to continued lockdowns.”

Her group wants to see the federal government and the provinces mandate masks in all public, indoor spaces including transit, as well as in crowds outdoors.

So on Canada Day, the small number of people wandering around in front of the Parliament Buildings didn’t need masks but the cluster of people gathered around the Rideau Canal’s locks probably should have pulled them on.

The time has come for Canadians to emulate Asia’s mask-wearing practices, said Sandra Hyde, an associate professor of anthropology and social studies of medicine at McGill University whose studies have included the spread of infectious diseases on that continent.

“In China and in most of Asia, masks are seen as a courtesy that you do for the fellow people around you,” she told me this week. “A mask is not necessarily protecting you, it’s protecting the person next to you.”

While Professor Hyde wears a masks indoors and on the crowded sidewalks of her Montreal neighborhood, she acknowledged that for many people they are “kind of a nuisance.”

But she said there’s a lesson to be found in her studies of H.I.V. in China. “In the early days of H.I.V., there was a tremendous amount of creativity and marketing that went into making condoms acceptable.”

In case you missed it, early in the pandemic Tara Parker-Pope produced a definitive mask handbook for The Times.

Dr. Tan doesn’t want Canadians to get hung up on that. She said that the initial advice stemmed from concerns that a run on masks would leave health care providers without supplies, and that the reversal was linked to new research on the effectiveness of masks in this outbreak.

“Just because the message has changed does not mean to not trust the message,” she said. “That messages change is actually what we expect in medicine and science. We just have never experienced it this quickly and this publicly in the past.”

While many towns and cities have taken up the call by Dr. Tan’s group to require masks, she said that neither the federal government nor any provinces have formally responded.

“Just because the economy has opened up again does not mean the risk is back to pre-Covid,” she said. “But people are unfortunately acting that way, and so we’ve been getting the word out that we need clear messaging.”

A native of Windsor, Ontario, Ian Austen was educated in Toronto, lives in Ottawa and has reported about Canada for The New York Times for the past 16 years. Follow him on Twitter at @ianrausten.