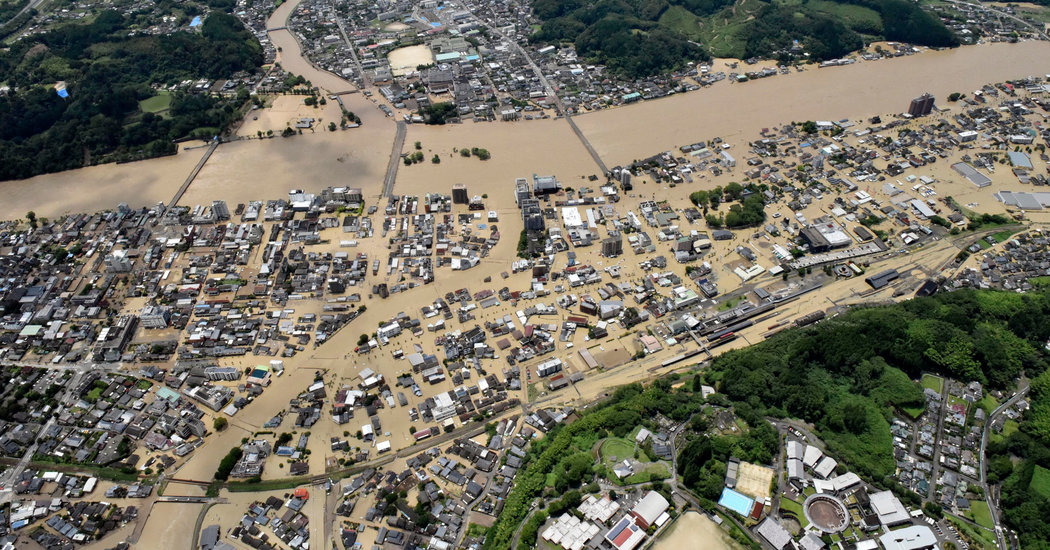 The public broadcaster NHK said that 15 people had been found without vital signs, including 14 at a nursing home. Nine other people were reported missing.

Japan has been battered by heavy flooding from typhoons and other storms in recent years, with its mountainous terrain leaving it prone to mudslides and inundations. Such storms have taken hundreds of lives, and climatologists say the problem has been exacerbated by global warming.

This time, the flooding overnight was centered in the prefectures of Kagoshima and Kumamoto on the southern island of Kyushu. The two prefectures ordered the evacuation of 75,000 residents.

Officials in Kumamoto said that two lifeless bodies had been pulled from mudslides in the area and that one other person was missing.

Prime Minister Shinzo Abe met with aides to devise a response to the flooding, and 10,000 members of Japan’s defense force were mobilized for rescue efforts. The Kuma River in Kumamoto was flooded and one of its bridges washed away, NHK reported.

Kyushu Electric Power said that at least 8,000 homes had been left without power as a result of the flooding.

While the rains subsided in the afternoon and evening, forecasters say heavy rains could continue in the area though midweek.