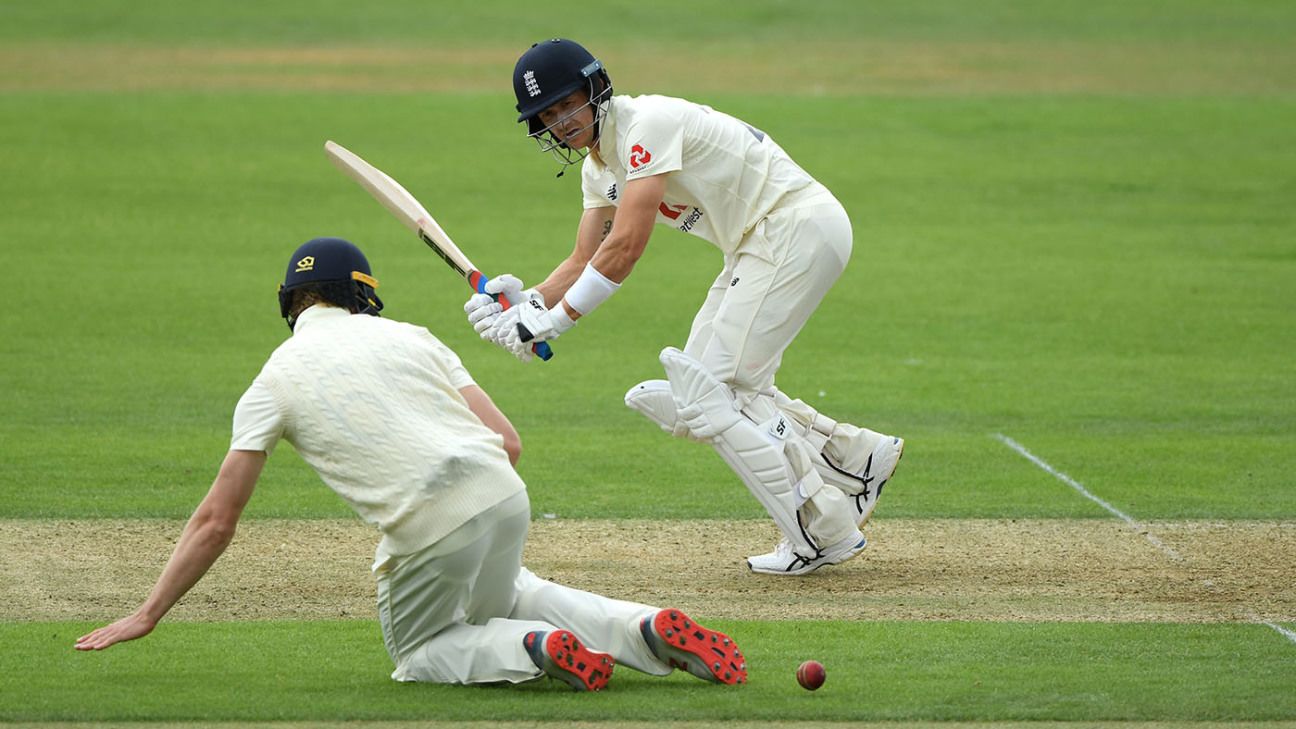 England have opted for continuity ahead of the first Test against West Indies, with every member of their 13-man squad having featured on the tour of South Africa earlier this year. That means Joe Denly is set to retain his place in the batting line-up, while the main decisions will revolve around the make-up of the pace attack.

Jofra Archer and Mark Wood, both of whom impressed during England’s warm-up game this week, may be vying for one place, while Chris Woakes is the allrounder option in support of James Anderson and Stuart Broad. Sam Curran, who tested negative for Covid-19 after feeling unwell during the match, is among the nine reserves who will remain with the squad at the Ageas Bowl.

Most noteworthy among those missing out were Jonny Bairstow and Moeen Ali, senior members of England’s white-ball squads but overlooked for the Tests. Bairstow had been a contender to come into the side in the absence of Joe Root, England’s Test captain who is missing the game in order to attend the birth of his child, but only managed scores of 11 and 39 in the three-day warm-up; James Bracey and Dan Lawrence, who both caught the eye with half-centuries, have been retained as the back-up batsmen.

Dom Bess remains at the head of the pack among England’s spinners, keeping out Jack Leach, who is among the reserves, and Moeen. Bess claimed 3 for 72 in his outings for Team Buttler, while Leach and Moeen went wicketless for Team Stokes in the first innings and then conceded runs at six an over in the second.

With Root having already left the camp, and Ben Stokes in line to become England’s 81st Test captain, the selectors have stuck with familiar names for the first of three matches in three weeks against West Indies. Rory Burns returns, having suffered ankle-ligament damage while playing football in South Africa, and seems set to open alongside Dom Sibley, with Zak Crawley moving down to No. 3 and Denly deputising for Root at No. 4.

Ollie Pope and Stokes will complete the batting line-up, while Jos Buttler retains the gloves, as head coach Chris Silverwood hinted during the week, with Ben Foakes retained as back-up keeper.

In the pace-bowling department, England have Archer and Wood available to provide extra pace – and while there may be a temptation to deploy them together in Test cricket for the first time, Silverwood has previously hinted that they will likely be rotated in order to protect both from wear and tear.

Although Broad went wicketless in the Ageas Bowl warm-up, he has been the automatic pick to partner Anderson with the new ball – currently on a run of 51 consecutive Test appearances at home – but Woakes will also have the chance to press his case.

With the likelihood that England will have to rotate their seamers regularly in order to keep them fresh – there are only three-day gaps between the Tests – the reserves include two uncapped quicks in Saqib Mahmood and Ollie Robinson, alongside Craig Overton and Olly Stones, who stays on despite not being fit enough to bowl in the warm-up game because of hamstring trouble.