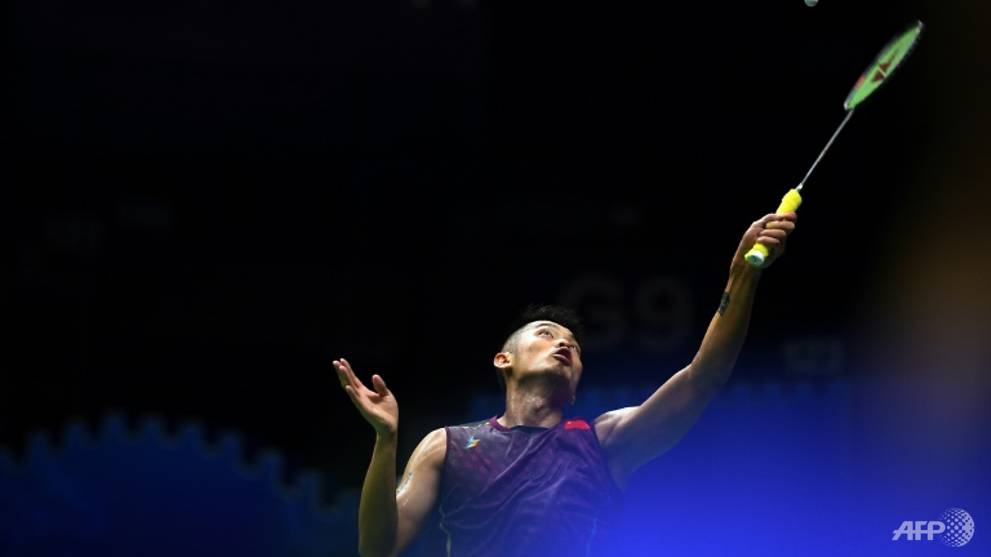 It means that Lin, who won gold at the Beijing 2008 and London 2012 Games, will not compete at the 2020 Tokyo Olympics, which were pushed back to next summer because of coronavirus.

The end of Lin’s glorious career comes just over a year after the retirement of his great rival and friend, the Malaysian star Lee Chong Wei.

READ: Commentary: Lee Chong Wei, the prince of badminton not destined for the throne

The duo reigned over the sport for more than a decade and have only relinquished that hold in recent years as their powers waned.

Lin, who had something of a “bad boy” reputation during his younger days and has several tattoos, ends with 666 singles wins and a glut of medals.

“My family, coaches, teammates and fans have accompanied me through many peaks and difficult troughs,” he said in a post on China’s Twitter-like Weibo that quickly went viral.

“Every forceful jump was a desire for victory,” he said. “I have dedicated everything to this sport I love.”

“Please believe that the laughter, tears and all the promises are unforgettable diary entries,” the 37-year-old Lee wrote on Weibo.

As well as the double Olympic golds, Lin was also a five-time world champion and a longtime former world number one.

He earned the nickname “Super Dan” at the peak of his career.

However, the left-hander’s career has tailed off in recent years as age and injuries took their toll.

Just last year he rebuffed claims that he was about to retire following a series of first-round exits at tournaments.

Lin always said that he was determined to reach the Tokyo Olympics, but his ranking of 19 in the world and the postponement of the Games made that dream unlikely.

At Rio 2016 Lin lost in the semi-finals to Lee in what was a rare victory for the Malaysian on the biggest stage of all.

Lin said on Saturday his body would not allow him to plough on in the unlikely pursuit of a third Games gold.

“‘Persevere’, I said to myself in every moment of suffering, so that my sporting career could be prolonged,” he wrote on Weibo.

“Rather than simply pursuing rankings as I did when I was younger, in these years, I have been wanting to challenge the physical limits of an ‘old’ athlete and practise the sporting spirit that I will never give up.

“(But) my physical abilities and pain no longer allow me to fight alongside my teammates.”

As of Saturday afternoon, a hashtag on Weibo about Lin’s retirement had been read at least 51 million times and praise for him poured in.

“It’s somewhat sudden, but understandable,” he wrote on Weibo.

“The last person of that generation who persevered has also walked to the ‘end’.

“My feelings are mixed. All the best, brother. The future will be better.”

Lin’s wife Xie Xingfang, also a former badminton world champion, wrote online: “The 20 years we have walked with each other…. will continue.

“Let us work hard together.”

Lin’s reputation was badly tainted in China in 2016 after it emerged he had an affair while Xie was pregnant. He apologised.