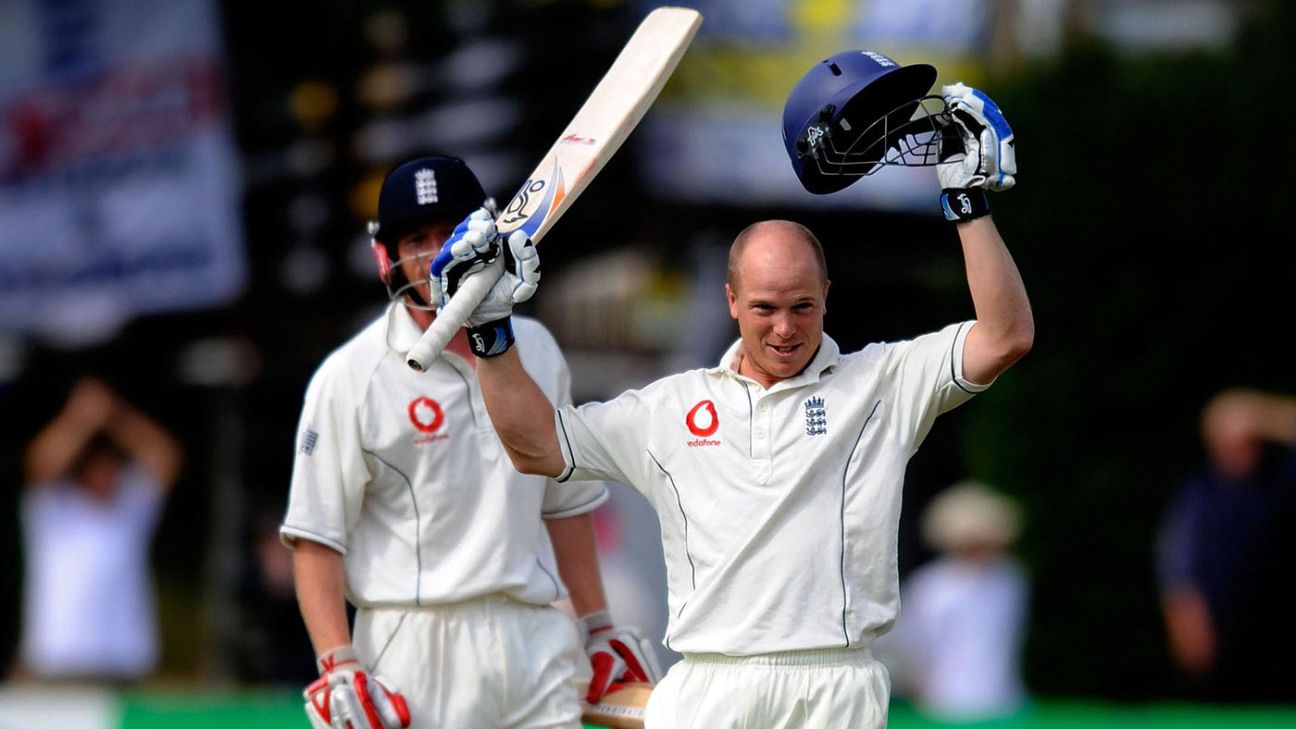 Tim Ambrose, the Warwickshire wicketkeeper, has announced that he will retire from the professional game at the end of the 2020 season.

Ambrose, who will turn 38 in December, has played more than 500 professional games across his career, including 11 Tests and six limited-overs internationals for England.

Born in New South Wales, Ambrose’s British passport opened up a route into county cricket which he took up as a 17-year-old when he joined Sussex. He faced a battle with Matt Prior to be the club’s first-choice wicketkeeper, and regularly managed to displace him from the side, but left for Warwickshire at the end of the 2005 season to secure first-team cricket.

Following a prolific 2007 season, England’s selectors took notice and included him in the Test squad for the winter tour of New Zealand. He looked like a long-term option as England’s wicketkeeper when he made a doughty half-century on debut in Hamilton and followed it up with 102 in his second Test, but he was overtaken by Prior and returned to the county ranks.

His form dipped significantly in 2010, a season in which he later revealed he had been suffering from depression, but Warwickshire kept him on, and he played a vital role in their title two years later. He also featured during their T20 Blast triumph in 2014, and in their promotion back to Division One a year later.

Ambrose said that “fully intends” to play a full role in whatever season is possible this year, though he will face competition from Michael Burgess, the wicketkeeper brought in from Sussex last year who looks set to be his successor.

“I will say the usual words of “honour” and “privilege” but will know that to me they don’t quite convey my gratitude for the opportunity I have had,” Ambrose said in a statement.

“It is a difficult thing to accept as I would love to play another 20 years if it was at all possible but it is the right time for this talented, energetic and ambitious young squad to move forward and make their own mark. I have always tried to put the club and the team first and to not make this decision now would go against that.

“I have too many people to thank but would like to take this opportunity to thank the Club, the members and the supporters, many of whom have shared in my experiences; like the gentleman who said “keep going Tim we’re all behind you” as I lumbered up the steps after getting out softly for another low score in 2010.

“I later understood I was in a spell of depression at that time, but that man’s voice cut through the haze and white noise in my head and that small gesture of encouragement from an anonymous supporter was a genuine motivator for me to return to Warwickshire and repay the people who believed in me.”

Paul Farbrace, Warwickshire’s sport director, said: “Tim has been one of the great wicketkeeper/batsmen of the modern game and he will retire at the end of this year as a true Warwickshire legend.

“He’s a model professional and, by playing out the 2020 season, we will ensure that he has a very fitting farewell before he moves on to his next challenge. We thank him for his outstanding efforts for Warwickshire CCC and wish him the very best for this upcoming 2020 season and in his future career.”