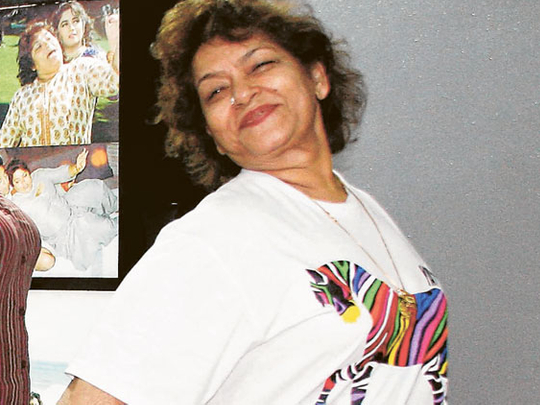 Indian National Award-winning Bollywood choreographer Saroj Khan had some mean Bollywood dance moves up her sleeve, but was equally lethal when it came to speaking up about gender inequality on the dance floor and her bizarre logic on casting couch (at least they give you livelihood).

Khan, who died in Mumbai on July 3 following a cardiac arrest, was one of the few people who took on her colleague, Bollywood choreographer Ganesh Acharya, and claimed that he exploited dancers in the 1990s.

Acharya has denied those allegations and continues to find work in Bollywood.

Her outspokenness cost her a few plum projects as well. While her career peaked in the 1990s, her last decade has been riddled with problems.

While her life was filled with awards and accolades, there’s no denying that the lack of work in her last few years had taken a toll on Khan.

She also had a problematic take on sexual abuse in Bollywood. In April 2018, she expressed her logic on sexual misconduct and the practice of exchanging sexual favours for work in Bollywood.

“It’s up to the girls to decide if you want to sell yourself in Bollywood … At least they [predators] don’t rape and dump you. They give you livelihood .. Casting couch also gives you livelihood,” said Khan in a press conference in 2018.

Her comments were heavily panned by stars and Bollywood fans. She later apologised for her statements.

While Khan was prolific and choreographed over 2,000 songs, there was a time when she wasn’t the first choice. She has openly talked about being replaced in Hindi projects at the last minute because she insisted on stars rehearsing in advance.

While her dance moves were perfectly synchronised and fluid, her life and times weren’t as consistent in her final years.