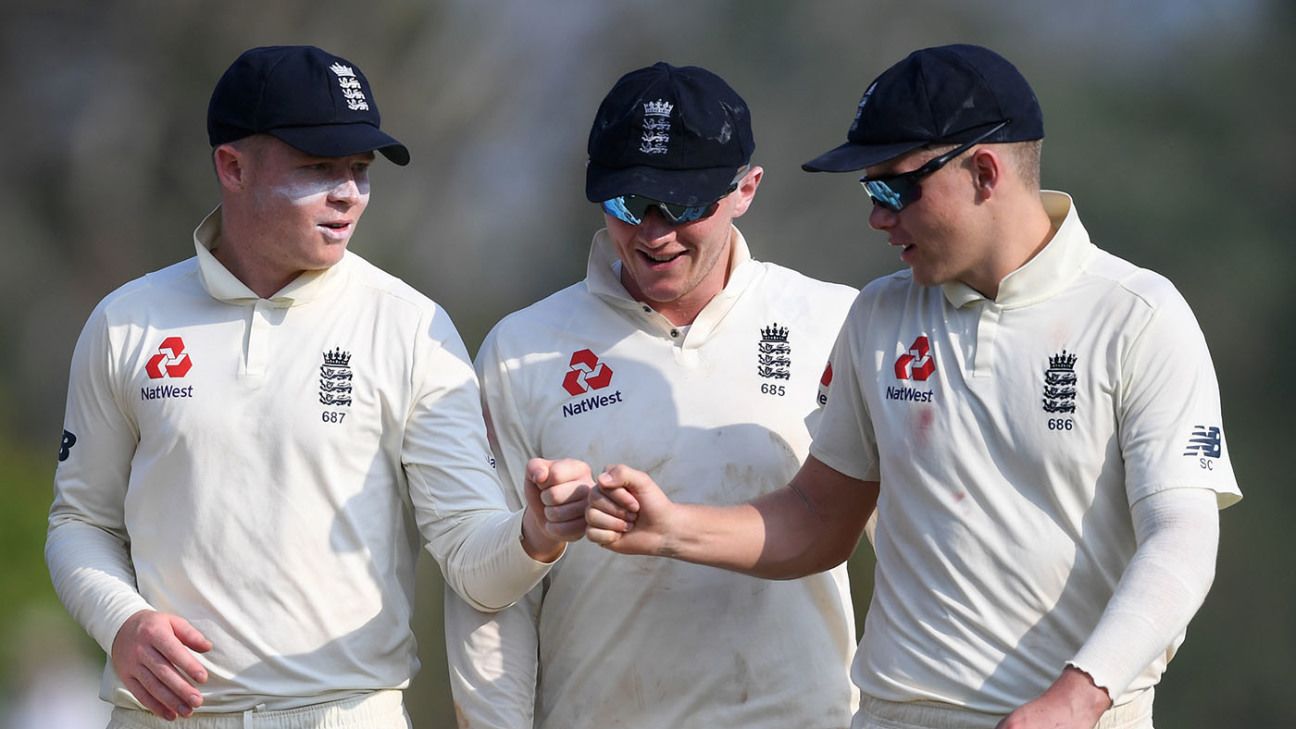 Sam Curran has tested negative for Covid-19, after being forced to withdraw from England’s intra-squad three-day warm-up match at the Ageas Bowl through illness.

Curran, who made a brisk 15 on the first day but did not get a chance to press his case for a Test place with the ball, has been self-isolating in his room at the team hotel after coming down with ‘sickness and diarrhoea’ on the second day of the match.

He underwent a Covid test during the lunch interval on Thursday, and would have been required to spend a further seven days in isolation had it turned out to be positive, with implications for the rest of the squad ahead of the first Test against West Indies on July 8.

However, he will now return to training over the next 24-48 hours but will continue to be closely monitored by the team doctor, Mark Wotherspoon.

Curran will receive a further Covid-19 test on Sunday, along with the rest of the playing and management group.

The news comes as a relief for the ECB, who had last week reported a total of 703 negative Covid tests at the Ageas Bowl and Emirates Old Trafford, the West Indies base, in the lead-up to the Test series.

There will be concerns, however, if another sickness bug is making its way through the England squad, after the team’s build-up to the first Test in South Africa in December was ravaged by illness.

There were some concerns about the health of Dan Lawrence, one of the likelier candidates to stand in for Joe Root during the first Test, who did not come out to bat in the top six in Team Buttler’s second innings at the Ageas Bowl, after a fluent fifty on the first day.

However, the likelihood of any transmission has been reduced by the social-distancing measures being taken within the team environment, and a team spokesman confirmed to ESPNcricinfo that Lawrence was fine.