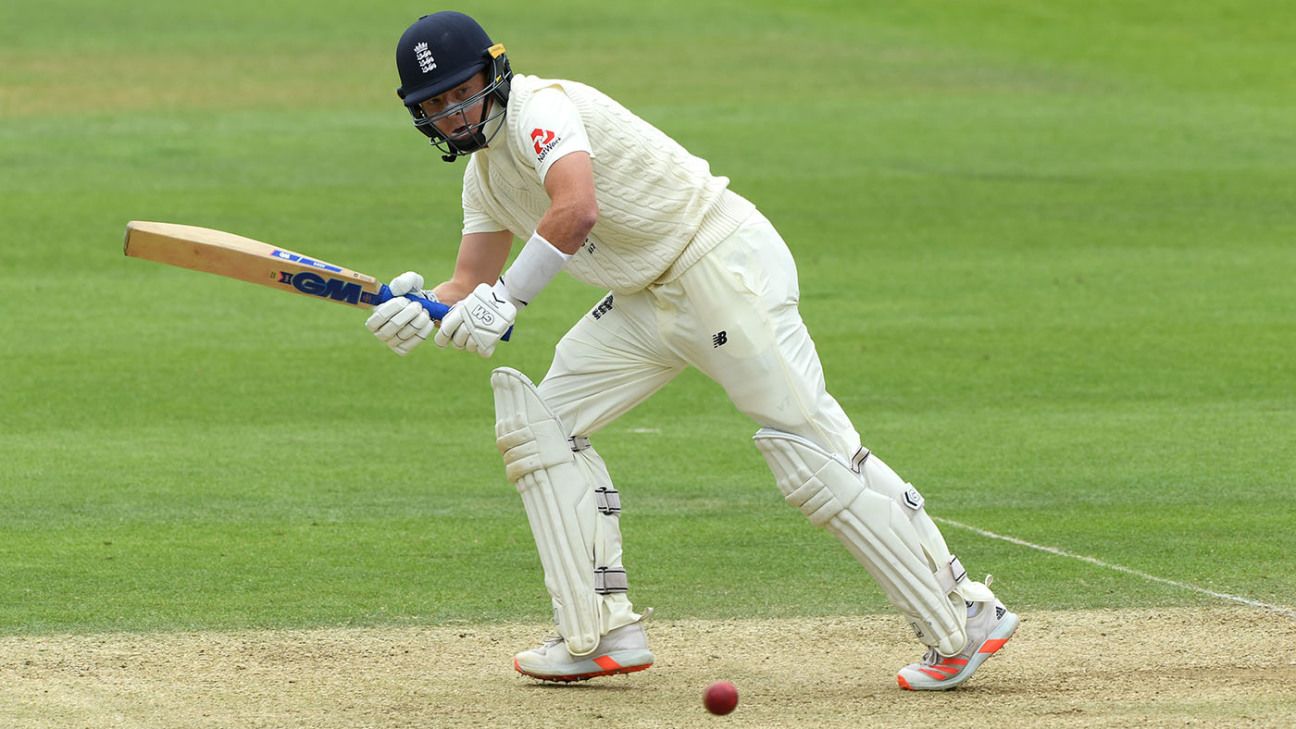 Ollie Pope has insisted that England are ready for the challenge of facing a fiery West Indian pace attack next week, despite three days of preparation on a “slow” wicket in their intra-squad warm-up match.

West Indies officially added Shannon Gabriel to their squad on Thursday evening, and he looks set to go straight into the side that plays at the Ageas Bowl on July 8. He is expected to be joined by Kemar Roach, Alzarri Joseph and captain Jason Holder – who averages 14.22 with the ball in Tests since 2018 – in the same formidable fast-bowling line-up which blew England away in Barbados and Antigua last year.

Pope has an imperious record against bouncers in his fledgling Test career to date, scoring 67 runs off the 54 short balls he has faced to date and being dismissed only once, and managed to withstand a brief barrage from Ben Stokes and Jamie Overton on the final day of the warm-up.

But despite those positives, the pitch was slow from the outset, with several balls dying on their way through to the wicketkeeper and several short balls sitting up nicely. The Ageas Bowl’s head groundsman, Simon Lee, is in his first season in the job after joining from Somerset, and – perhaps harshly – came in for criticism in his final years at Taunton for obliging when asked to prepare challenging batting surfaces. He has not had the luxury of a county season in which to get used to his new surroundings in preparation for his first Test pitch, but will undoubtedly hope the bounce is slightly truer next week.

“It was quite a slow wicket,” Pope admitted. “On the first day it felt a little bit soft, and there wasn’t a lot of carry. Nicks weren’t always carrying through. We’re not sure what kind of wicket we’re going to get out there come next Wednesday, but it was quite slow. It started turning a little bit at the end.”

In particular, Pope highlighted the contrast with what had been served up in training. “We’ve played on some quite spicy wickets in the nets, and obviously just against our own bowlers. There’s no net bowlers around, so the quality of bowling has been seriously high on some pretty spicy wickets.

“Sometimes it’s trying to get through the net and keep your wicket rather than feeling good and finding the middle of the bat. We’re gone from one extreme to the other. That’s great for our games, because it’s good to adapt.”

And Pope maintained that he had few qualms about which type of surface he played on, saying that it was up to England’s batsmen to adapt. “Sometimes on a wicket with truer bounce, it makes playing the short ball a little bit easier, but then again it makes it a little bit easier to pull if it’s a slightly slower wicket,” he said. “It’s just adapting, whether you want to take on the pull shot or get under a few more, depending on how quick it is and how consistent the bounce is.

“The quality of competition going on out there was really high-class throughout the three days. I think we’re getting there. I felt pretty good in the first innings, and it was nice to spend a bit more time out there today. We’re all moving the right direction.”

England will name a squad for the first Test on Saturday morning, with seven players from their enlarged 30-man training group set to leave the bubble at the Ageas Bowl. Joe Root has already been confirmed as missing the first Test to attend the birth of his second child, and the side will be led by Ben Stokes.

The selectors were due to meet on Friday evening to finalise the details, but 22 players will be named in total, with around 15 in the main squad and a smaller group of reserves. Those likely to miss out include Keaton Jennings, Lewis Gregory and Amar Virdi, while question marks over Olly Stone’s fitness (he took no part this week due to a tight hamstring) and Sam Curran’s lack of match practice following his self-isolation this week could count against them.

Jofra Archer only bowled three overs on Friday, and twice received medical attention in the match – first on his foot on Thursday evening as he tried to break in a new pair of bowling boots, and later on Friday as he hurt his left wrist in the field – but is understood to be fully fit and available for selection in the first Test.