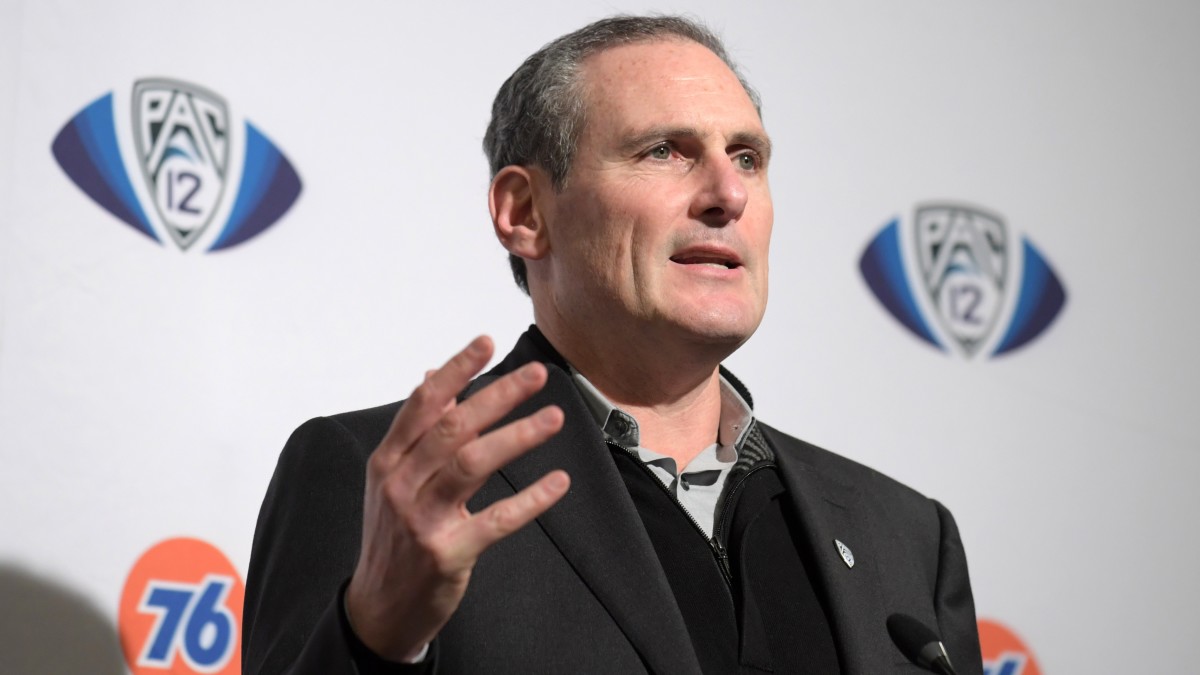 On Thursday, Pac-12 commissioner Larry Scott summarized his expectancy that fall sports would occur on schedule by stressing the need for an improved trajectory of COVID-19’s spread.

“Unless we see a change in the trajectory of the spread of the virus and its impact pretty quickly, I think the situation’s a lot more perilous than it was a few weeks ago,” Scott said.

Speaking with Andy Katz of NCAA.com as part of his NCAA Social Series, Scott touched on a number of topics relating to the execution of the fall sports schedule, particularly relating to football. He emphasized the importance of flexibility, and that a one-size-fits all plan would likely not be feasible on a school-by-school basis.

One factor in that approach is the late-breaking news on Wednesday night, when the University of Southern California announced it would be changing course on its plan to have all undergraduate students on campus for the fall semester. Now, the school plans to shift primarily to online classes.

“We need to keep learning and understanding what’s happening, until the latest point where we have to make a decision, one way or another, and we’re trying to take baby steps,” Scott said. “What we thought the narrative was a month ago is now very different … No one can predict right now what the fall is going to look like, in my opinion.”

Dr. Brian Hainline, the NCAA’s chief medical officer, praised schools’ processes of testing and isolating student-athletes who are on campus for voluntary player workouts, but stressed that this is “the easy part.”

“Over time, as you start getting into more interactive-type exercises, that’s when we’ll understand even more if this is working—and that’s in the setting of making certain that the local healthcare infrastructure can support what’s happening,” Hainline said. “So we have to really pay careful attention to that as well.”

Though Scott echoed praise for schools and their handling of players returning to campus on a voluntary basis, he expressed concern about wide-scale socialization if schools are to open campuses to thousands of students once the academic year begins.

“As we’ve started to allow student-athletes back, the feedback I’m getting is, where there’s been mini-spikes among teams, it’s not because of what’s happening in the training room … It’s the socialization that’s happening among young people that are back on campus and excited and happy to see each other,” Scott said. “We’ve got challenges as a society. The civil liberties we’re used to in this country, we don’t have a culture of mask-wearing. I think what we’ve seen over the last few weeks gives us reason to be concerned that when campuses open up, there could be real spikes and pressures on the healthcare systems. From my perspective, that’s really the biggest risk to college sports in the fall.”

Looking ahead, both Scott and Hainline identified the coming weeks as crucial from a decision-making perspective about if (and how) the college football season will be able to occur. Hainline even noted July 13 as an important date, as it marks the beginning of mandatory football workouts on campuses.

“As we move there, and you’re going several weeks into the preseason, I think as we understand what’s happening at that point in time, we’ll be able to make some important decisions,” Hainline said. “So I see that as this really important transition phase.”

Scott, though, was less inclined to point out a specific date, though acknowledged the coming week as critical.

“There could be decisions next week that some schools or some conferences make … I don’t know that there will be one date when the world of college sports decides, or the world of college football decides,” Scott said. “I think we may see some individual decisions be made in the coming weeks. But I do think it’s a matter of the next few weeks that things will come into more focus.”