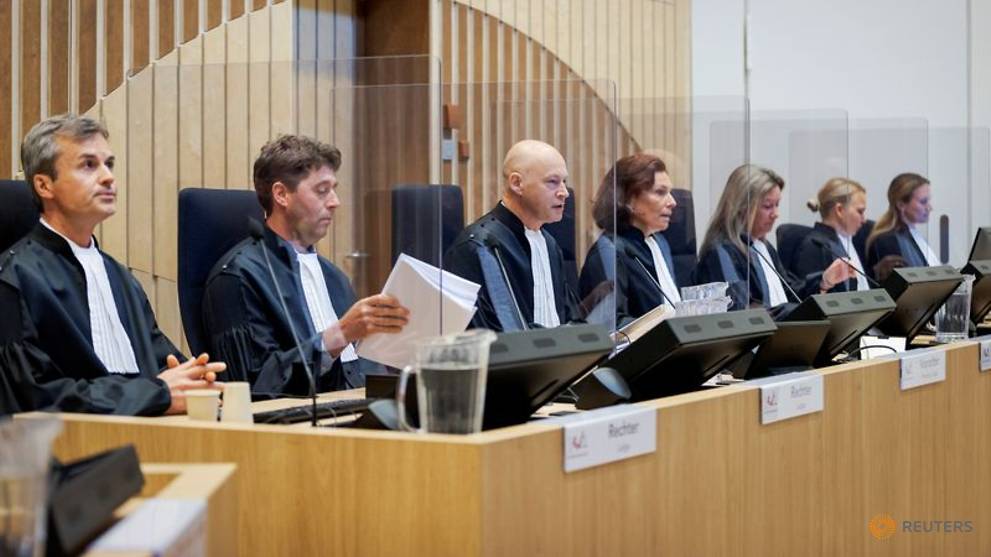 THE HAGUE: Judges in the trial of suspects in the 2014 downing of a Malaysia Airlines flight over Eastern Ukraine on Friday (Jul 3) accepted a defence request that an investigator examine possible alternative explanations for the crash.

According to Dutch prosecutors, flight MH17 from Amsterdam to Kuala Lumpur was deliberately shot down by a BUK missile fired by pro-Russian forces in Ukraine, who obtained the missile launcher from a Russian army base just across the border.

After nearly six years of research by international investigators, four defendants went on trial in March over the downing of flight MH17, which killed all 298 aboard.

The four – Russians Sergey Dubinsky, Oleg Pulatov and Igor Girkin and Ukrainian Leonid Kharchenko – remain at large. Pulatov has instructed lawyers to defend him, while the other three are being tried in absentia without representation.

Moscow has always denied blame for the crash and proposed a range of alternative explanations which the Dutch-led team of international investigators rejected.

On Friday, the court accepted a request from Pulatov’s lawyers that investigating judges obtain testimony from more witnesses, to examine other possible scenarios. Those include a theory that the civilian aircraft was shot by mistake or that it was being used as a shield for a military aircraft.

The trial was adjourned until Aug 31 to give the investigative judges the time to hear the additional witnesses, and to give the defence time to meet with Pulatov.

So far, his lawyers say they have been unable to meet with him in person and share details of the investigation, because COVID-19 restrictions make it impossible to travel to Russia, where he resides.